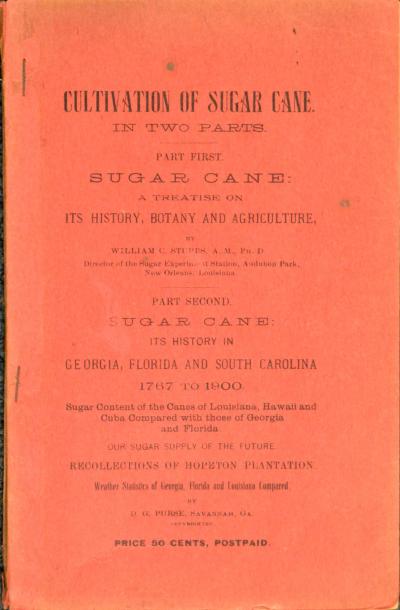 The sugar cane industry has a long history in Florida, and is still one of the leading business interests and political powers in the state. A book in the Florida Historical Society Library offers a close up look at that history.

Florida is the leader of the four sugar –producing states, accounting for half of the sugar cane and about 25% of all cane sugar produced in the U.S.  75% of the Florida crop comes from a relatively small area near Clewiston in western Palm Beach County.

Anyone familiar with Everglades restoration, environmental law and South Florida water policy knows ‘Big Sugar’ is a major business and political player in the state.

That was not always the case, and this book 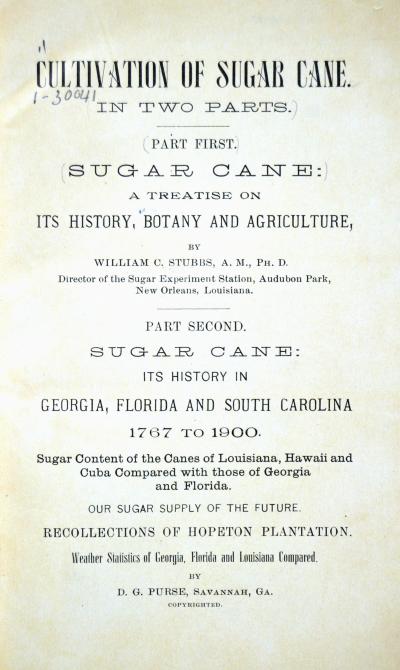 The first Florida commercial sized sugar cane plantations started in the late 1760’s in New Smyrna. They tried to scale up what started as small operations of only a few acres, with the cane grown and cut by hand. 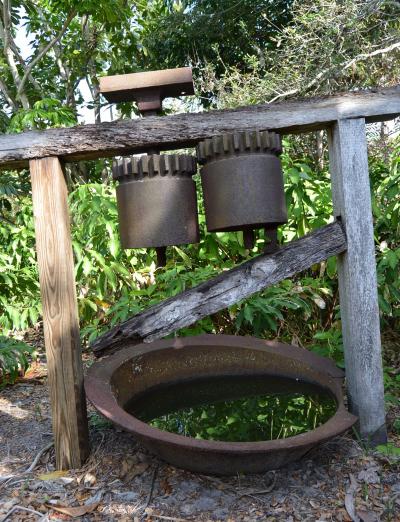 Sugar cane grinders, such as this one at the historic Rossetter House in Melbourne, Brevard County, can be found to this day around Florida.

These plantations and all that followed, failed, despite substantial investments in land and equipment by eager and optimistic settlers (mainly planters from Virginia and North Carolina looking for new and profitable crops). Enthusiasm is not enough; you also need good soil and predictable weather.  Sugar cane, like bamboo, is a grass, and native to Asia, The major problem was freezing. When sugar cane freezes it produces less crystallized sugar. When to harvest was a guessing game, and eventually the risks of guessing wrong became too great for most planters.

It was not until 1886 that larger scale planting would resume, and then it was south of Lake Okeechobee. It was still limited, and in his book Stubbs noted the inefficiency of the hand processing of sugar, and he outlined ways to improve it. 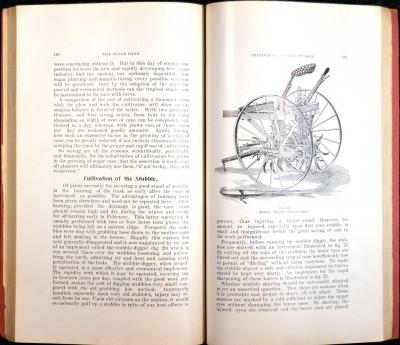 Even though growing sugar cane in Florida has been likened to growing bananas in Massachusetts, in the 1920’s the U.S. government began building and dredging canals and ‘reclaiming’ Everglades land south of the lake for agriculture and paying subsidies to sugar growers.  Even with government help, the sugar industry stayed small, until 1959 and the Cuban Revolution. With the embargo on Cuban sugar, subsidies grew, more land was cleared and the rest, as we often say, is history. 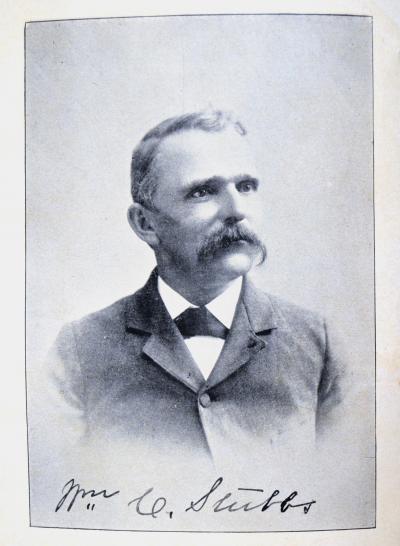 A chemist and agricultural scientist, educator and unabashed promoter of the sugar industry, Stubbs was Louisiana’s state chemist and director of the Sugar Experiment Station Audubon Park, New Orleans, 1885-1895, the United States Experiment Station in Honolulu, Hawaii, 1900, and was a professor at Louisiana State University and Auburn University.

A native of Gloucester County, Virginia, Stubbs fought for the Confederacy, including a stint with J.E.B. Stuart’s Corp.