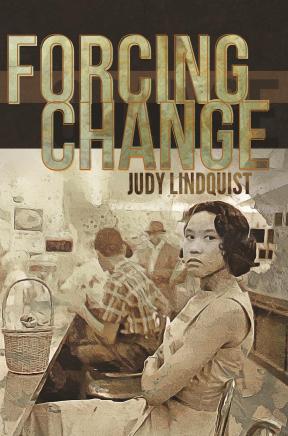 It is June 1963 and fifteen-year-old Margaret Jefferson is being arrested at a sit-in at a lunch counter in St. Augustine.  The Civil Rights Movement has found its way into her hometown, and Maggie feels a deep need to be a part of it.  She believes in the ideals of the movement and the ultimate goal of equality.  She also finds the nonviolence that the protestors are committed to very comforting.

However, as the summer and fall of 1963 unfold in St. Augustine, their nonviolent protests are met with rising resistance, aggression, and intimidation from local government officials as well as the Ku Klux Klan.  Cattle prods used on protestors, firebombs thrown into the homes of families trying to integrate the schools. teenagers held in jail indefinitely.  No one is safe, it seems.

This story, told through Maggie's innocent and hopeful eyes, will help a new generation of young people to understand the strength and sacrifices of those who worked so hard for civil rights in this country.  It will also help to shine the spotlight on the role that St. Augustine, and Florida, had in the movement.

Judy Lindquist is the author of the acclaimed historical novel Saving Home, used in classrooms throughout the state to engage students in the study of Spanish colonial St. Augustine.  She teaches fourth grade students in Orange County, and aspiring teachers at the University of Central Florida.