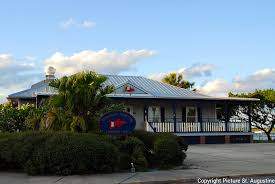 St. Augustine has a long maritime tradition. The St. Augustine Yacht Club (https://www.staugustineyachtclub.com/) bills itself as Florida’s oldest, tracing its roots back to an organization formed in 1873/4. Today’s club concentrates on teaching boating and sailing techniques and is open to the public. The predecessor club was, well, more selective -  a lot more selective. 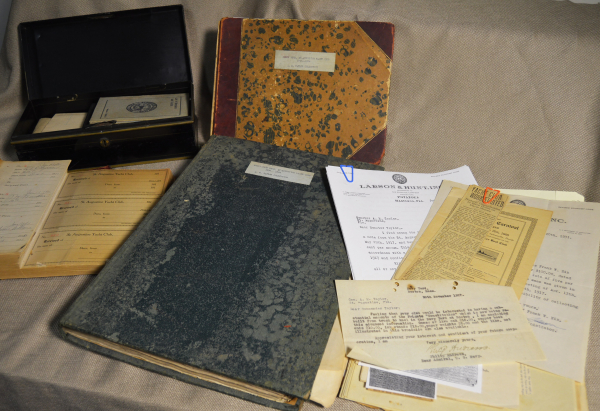 It does not take long, browsing through the papers of the club in the A. M. Taylor Collection at the Library of Florida History, to understand the nature of that first Yacht Club. First, a yacht is defined as a craft built for pleasure sailing. That limits membership to those with extra disposable income who not only owned their own boats, but who also would design and build them. Or pay someone to build them.

In other words, the Yacht Club was for St. Augustine’s elite class. 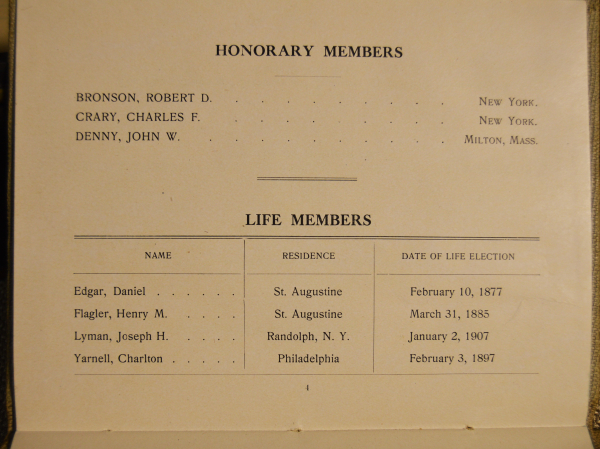 Second, it was about sailing; a place where like minded men could discuss the fine points of the craft and research ways to improve the design and speed of their yachts. 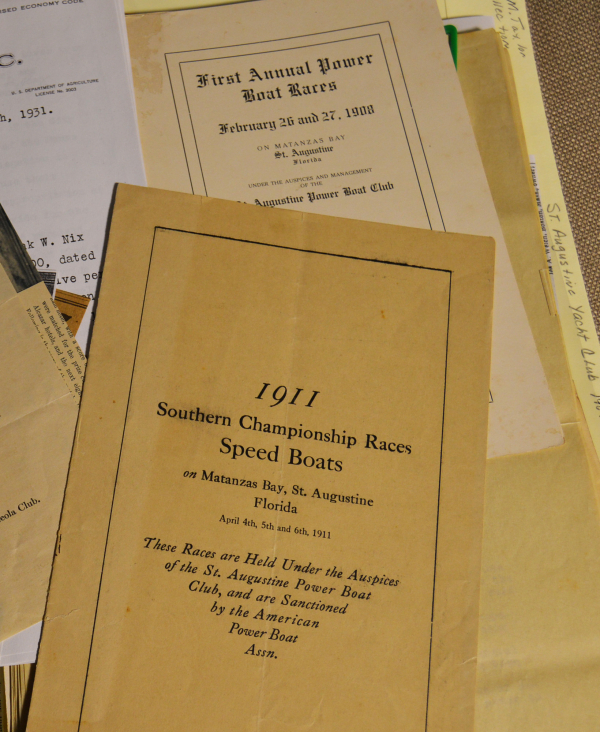 The club sponsored regattas and races, first with sail boats and then, keeping up with the times, power boats.

Third, it was about society. By the beginning of the 20th Century St. Augustine was one of the top wintering spots for the nation’s elite, from Flagler to self-made artists like Louis Comfort Tiffany.  The social register set got away from it all in the cold north to enjoy “the season” in gilded-age St. Augustine. To be “in” in St. Augustine meant to belong to the Yacht Club, attend the regattas and galas, to see and be seen in the company of the rich and powerful. 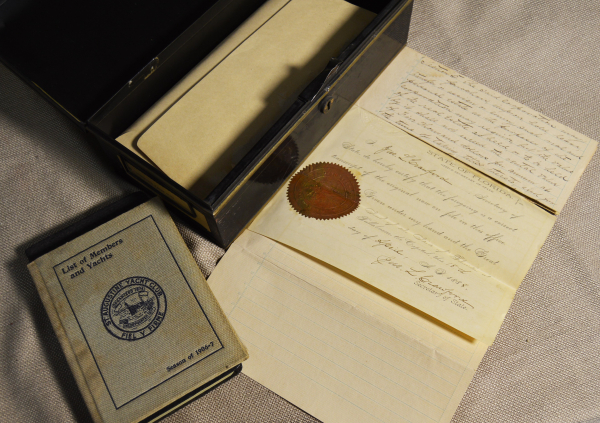 Yet, working through the collection, you can see it was a club, run by guys who kept the meeting minutes, publications and even the official charter in a small metal box considered ‘fire proof’ by the standards of the day.

As with any organization, it had its ups and downs, and like any club would, it kept clippings of stories about itself from the newspaper.  Like any long-running organization in changing times, its operation would not be continuous. The old guard social group ceased operation in 1939 and it was not until 1978 that, in partnership with the city, the current organization began operation.

The spirit of St. Augustine’s maritime connection, though, that is continuous.