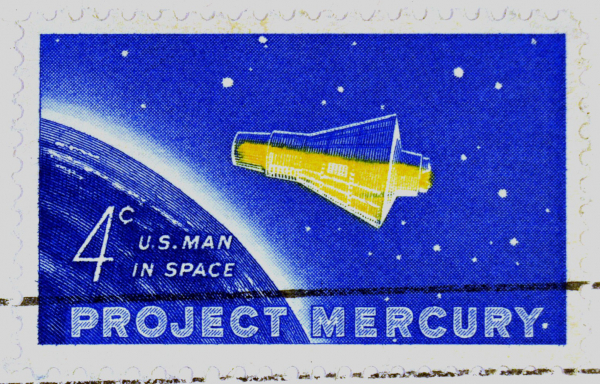 With the 50th Anniversary of the Apollo Moon Landing in the news, we take a moment to remember the great Mercury Seven stamp caper and the role the building that now houses the Florida Historical Society’s Library of Florida History played in it.

The whole thing was secret. Sealed bags were sent to 305 Post Offices around the country.  The Cocoa branch, which served the space center, was, of course, a key player in the project, set to crank out ‘first day’ issues for collectors and fans.

If the mission was successful, that is. Neither the Post Office nor NASA was keen to commemorate a disaster.

By three thirty or so Eastern Time John Glenn was safely recovered after his nearly 5 hour flight that took him around the world three times in Friendship Seven, so word came to open the bags and start issuing the first day covers.

Collectors still seek them out.

For more on this story visit the Web Extra for Florida Frontiers Episode 307 (https://myfloridahistory.org/webextras/webextras/30 )