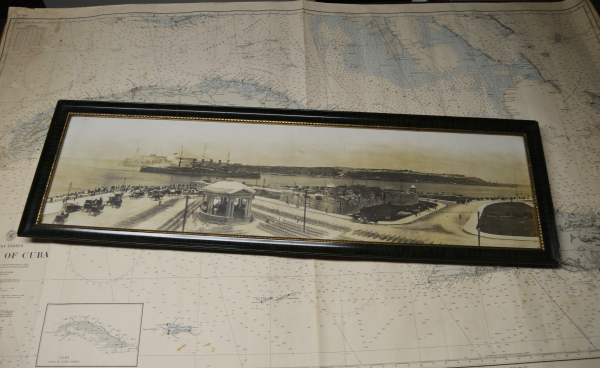 The post- contact histories of Cuba and Florida are intertwined from the beginning and a couple of unique items in the Library of Florida History collection relate to what can only be described as the ‘recent’ part of that history.

In the 16th Century, Cuba, specifically Havana, was the seat of colonial power in the Spanish Caribbean so ‘La Florida’ came under the rule of the Governor based there.

When the English took control in 1763 most of the Spanish settlers in the state fled to Cuba. Few returned when Spanish rule returned in 1783, but extensive trade between Florida, Cuba and other islands did develop through the 19th century.  In the 1870’s Florida exported both American mercenaries and arms to Cuban rebels for the “10 Years War”, part of Cuba’s fight for independence from Spain.

By the early 20th century the major export was tourists.  The railroad companies that brought northerners to Florida ran steamships that would continue the journey from Jacksonville, Miami, Key West and Tampa to Cuba and back.

That changed with the 1959 Revolution that brought Fidel Castro to power. In fact, it actually reversed the flow as thousands of Cubans fled the island. They and their descendants are a major part of South Florida’s culture today.

One item in the collection is a very large nautical chart of Cuba, drafted in 1932 by the U.S. Navy Survey and updated through the 1950’s. As you might expect, it shows details on ocean depth, shipping lanes, island names and navigation aids. 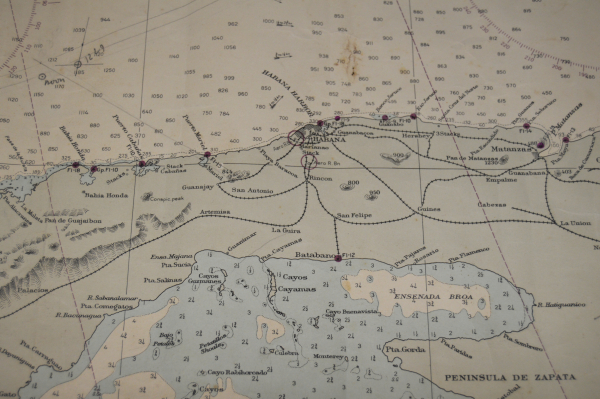 It also shows railroads on land, a significant item of military intelligence for planners, 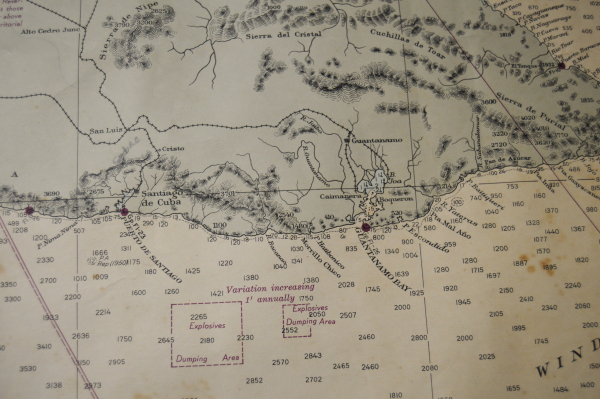 as are the squares in the ocean near Guantanamo Bay, labeled “Explosives Dumping Area.”

The other unique item in the collection is a panoramic photo of an American war ship entering Havana Harbor. 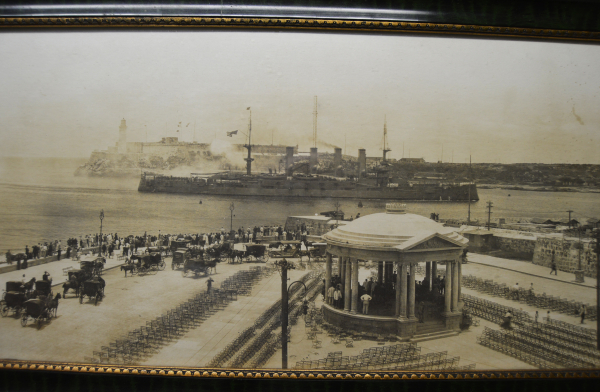 The ship is not identified; no name nor number is visible in the picture. But, it closely resembles armored cruisers of the “Pennsylvania” class and might be the U.S.S Pennsylvania (ACR-4) which served in the Caribbean after it was commissioned in March, 1905. This was an era before state names were reserved for battleships and ACR-4 was later renamed Pittsburgh to free up the state name for a battleship. As a side note, ACR-1 was the U.S.S. Maine.

The photo was taken next to the Castiillo de San Salvadore de la Punta on the west side of the harbor entrance, clearly showing the Castillo de los Tres Reyes Magos del Morro, aka Morro Castle that guards the east side of the entrance to Havana Bay.

This was only a few years after the Spanish American War in 1898 that secured Cuba’s independence from Spain. 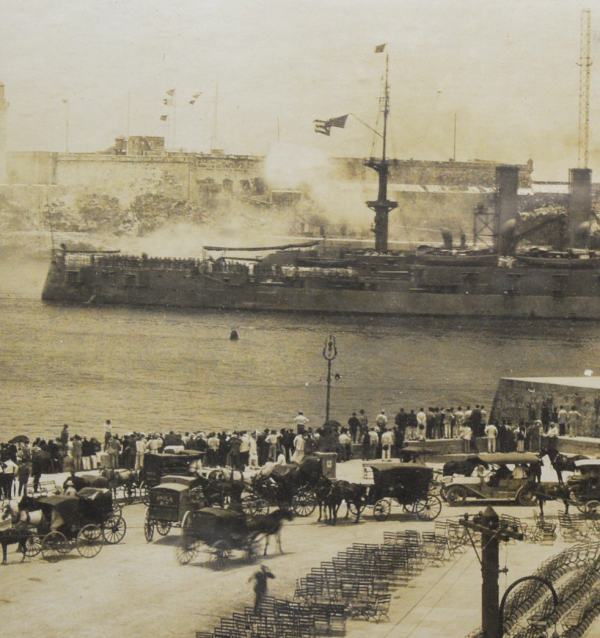 A close look at the image tells the story.  A big crowd has turned out to see the ship. The park seems to be set up for some sort of event, perhaps a rally to welcome the crew. And the ship seems to be flying, just below the stars and stripes, what looks like a Cuban flag.