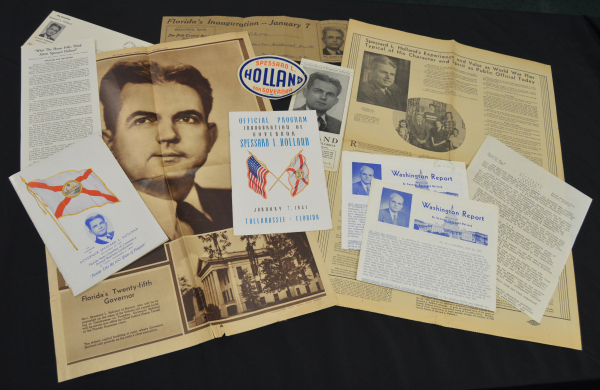 As might be expected of a man who served as a local official, State Senator, Governor and U. S. Senator from the 1930’s to the 1970’s, his reputation and legacy is mixed as Florida was undergoing extensive social, cultural, economic and political changes.   He was clearly a “Dixiecrat”, one of the Democrats who signed the “Southern Manafesto” in opposition to racial integration of public places after the Supreme Court ruling on Brown vs. Board of Education. 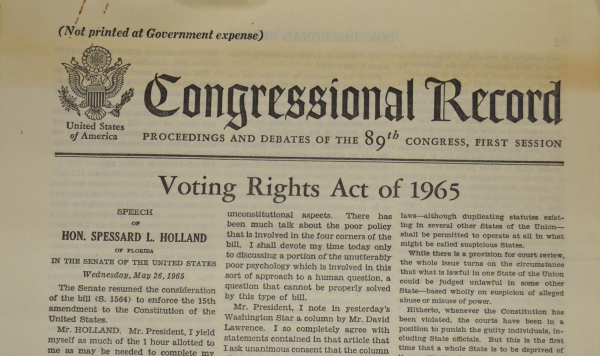 But he was a champion of voter’s rights, which included working to eliminate the “poll tax” (a fee for voting used to disenfranchise impoverished and minority voters) first in Florida and then nationwide.

It might have been simply a case of a man of integrity picking his battles to win elections and accomplish what he thought needed to be done.

Spessard (his first name was his mother’s family name) Holland was born July 10, 1892 in Bartow, Polk County. He attended the local schools, then Emory University in Atlanta and the University of Florida Law School. He flew in reconnaissance aircraft in World War One, and even survived a crash. After the war he returned to Bartow and founded a law firm he ran for 20 years. It is now Holland and Knight, with over a thousand lawyers and a practice that spans the globe.

In the 1930’s he began a career in public office, first at the local level and then as a state senator for 8 years. Perhaps because his mother had been a teacher,  he worked for the passage of several measures supporting public education. They included increased pay and a retirement plan for educators. This was during the “Great Depression”, when such pro- labor positions were rather radical.

When he decided to run for Governor around 1939,   he was quick to tout his credentials as a progressive. 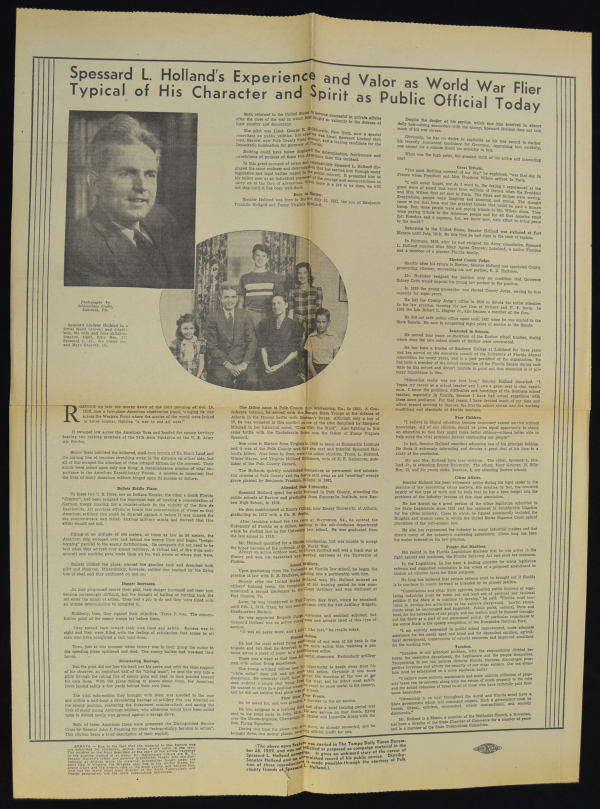 He was also able to display his respect for traditional American values, 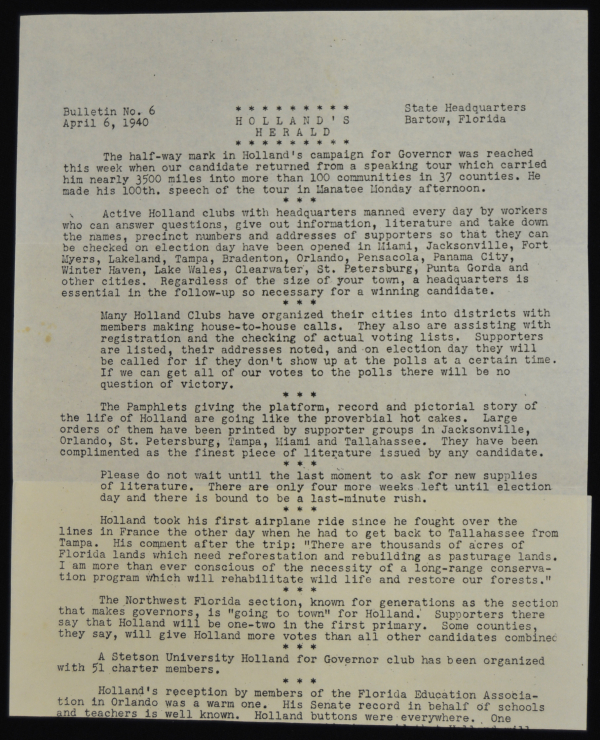 his support around the state,

and his endorsements in the local media. 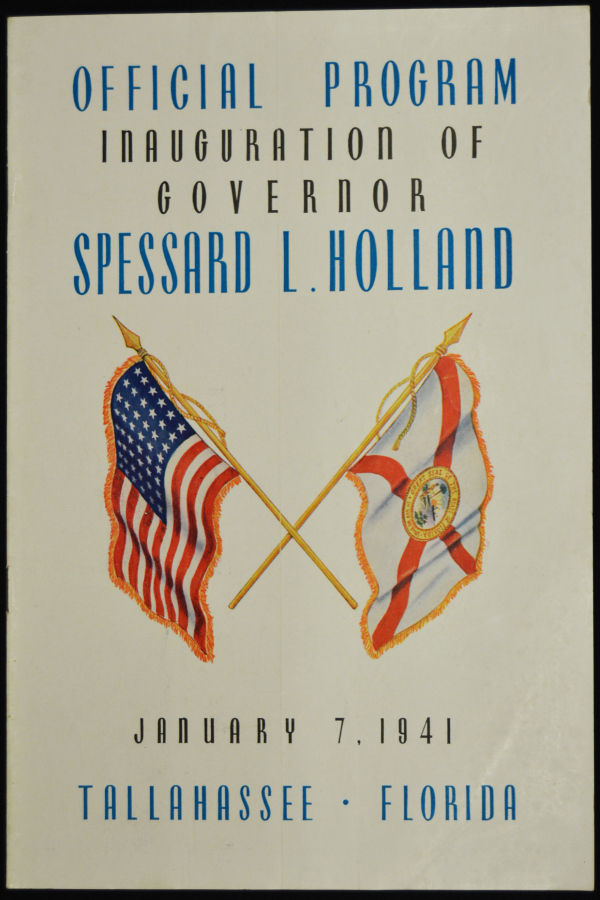 It turned out to be a period of change for the nation in general, and Florida in particular. 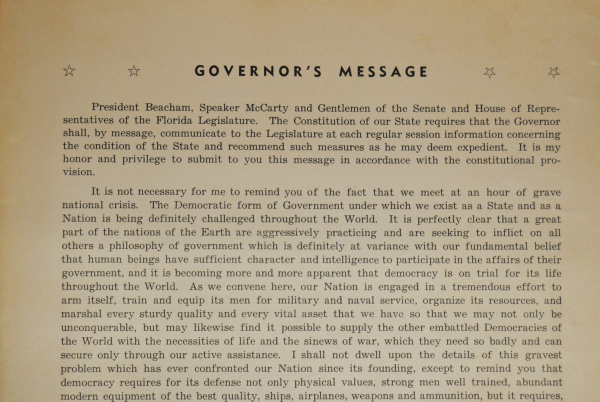 By the time of his first State of the State message to the legislature, America was at war. The remainder of his term was taken up with civil defense programs, the domestic war effort, and adjusting to the massive expansion of military facilities all around Florida. We might note that this time of population growth was also a time of civil rights turmoil. We should also note Holland was, for the most part, silent on these matters.

At the same time, he was instrumental in two major environmental issues of major importance to the state. On the one hand he worked for the establishment of the Everglades National Park. On the other hand, he was also an advocate of the Cross Florida Barge Canal, despite the horrific environmental impact its completion would have had. He would continue that support in the next stage of his career.

After his single term as Governor, Holland decided to run for higher office. 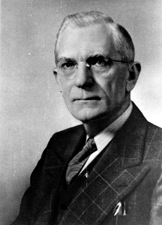 Florida U.S. Senator Charles Andrews was planning to retire, but actually died a few months before the end of his term. Holland was appointed to fill in, and a few months later won the seat in his own right, starting a 25 year career in Washington.  His legacy includes the voting rights bill that eventually became the 24th Amendment. He fought for teachers’ rights and for funding for Florida’s infrastructure. 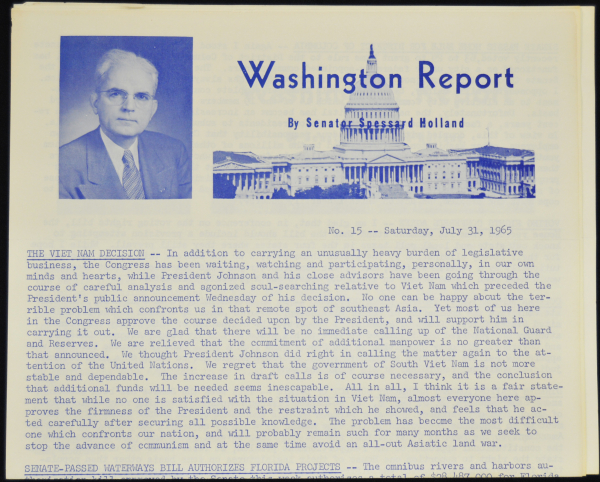 One vote would haunt him, though. In 1965 he supported President Lyndon Johnson with a vote to send more troops to Viet Nam. Later, he reversed that position and made it clear he regretted that vote.