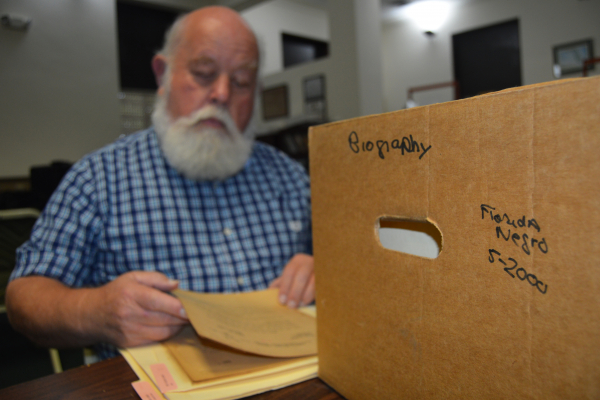 This unassuming archive box at the Library of Florida History is a treasure chest. It gives researchers like Florida Historical Society member, Robert Gross, access to oral histories and personal stories of early Florida that would have been lost except for a fascinating and unusual federal government jobs program during the Great Depression.  It also contains a direct link to a noted American writer.

The Works Progress Administration (WPA) was created by President Roosevelt in 1935, the middle of the worst economic slowdown in modern times. During its eight years of existence it put between eight and nine million Americans to work, mainly building roads, trails and public buildings. First Lady Eleanor Roosevelt realized a society did not consist of manual workers alone, and she successfully lobbied for what became known as Federal Project Number One, to employ artists, musicians, actors and writers. Then, as now, the arts only got a small portion of the budget, about $27 million of the nearly $5 billion allocated to the WPA.

That was enough money to put a lot of folks to work (in 1935 $27 million WAS $27 million). One of the sub projects was the Federal Writers’ Project to provide jobs for historians, teachers, writers, librarians and other white-collar workers. One of their original projects was to produce a series of sectional guide books, called, appropriately enough, the “American Guide Series.”

The one for Florida was called, again appropriately, “The Guide to the Southernmost State.”  It was based on interviews with Floridians ranging from Tarpon Springs sponge divers to Central Florida cracker cowboys. The guide, as well as related flyers and pamphlets, offers an interesting source for how Floridians viewed themselves, their culture and their history.

At least how white Floridians viewed their world, anyway.

There were a lot of African Americans in Florida. Some had even lived under slavery; all lived under Jim Crow.  Some of their stories had been gathered up for the guide. What appeared in the guide was published under the direction of white editors and bureaucrats.

This brings us to our archival treasure box. 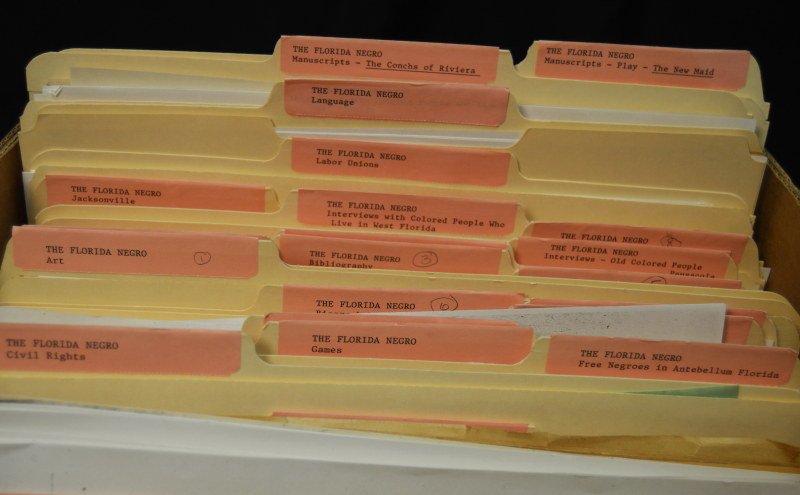 It has the original interviews with the African American Floridians; their words taken down by the WPA field workers in homes and hovels, barbershops and city parks in the middle of the Great Depression in Jim Crow Florida.

The Florida office of the Federal Writers Project was based in Jacksonville. Within it was basically a subcommittee called “The Florida Negro Unit.”  Their assignment over a 5 or 6 year period at the end of the 1930s was to produce another publication called (yes-appropriately enough) “The Florida Negro.” 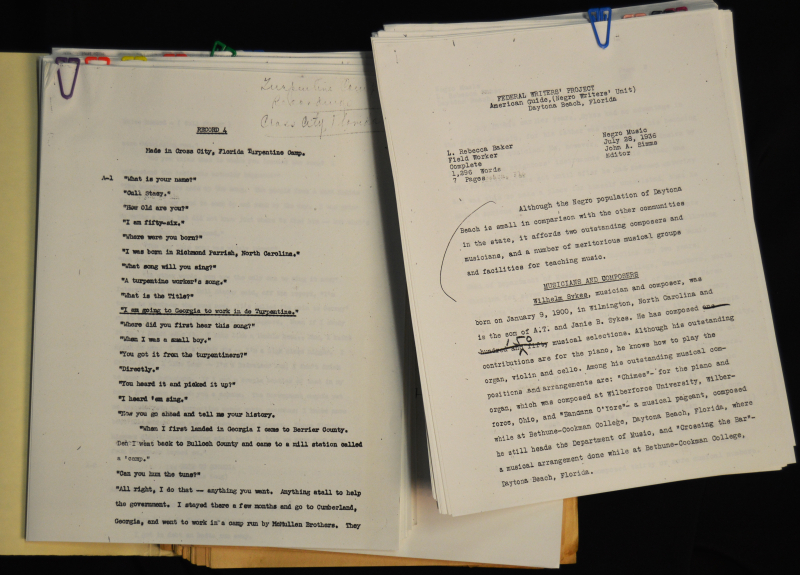 Members of the unit covered the state, talking to African Americans about folklore, music, family stories, local history, games, art and, well, life. The official mandate for the project indicated the reports and guides were to talk about America’s culture “warts and all”, but when studying these papers now, scholars have to allow for a certain amount of ‘self censoring’ at least.  Even with that caveat, these typed transcripts have preserved the forgotten voices of the real American heartland. 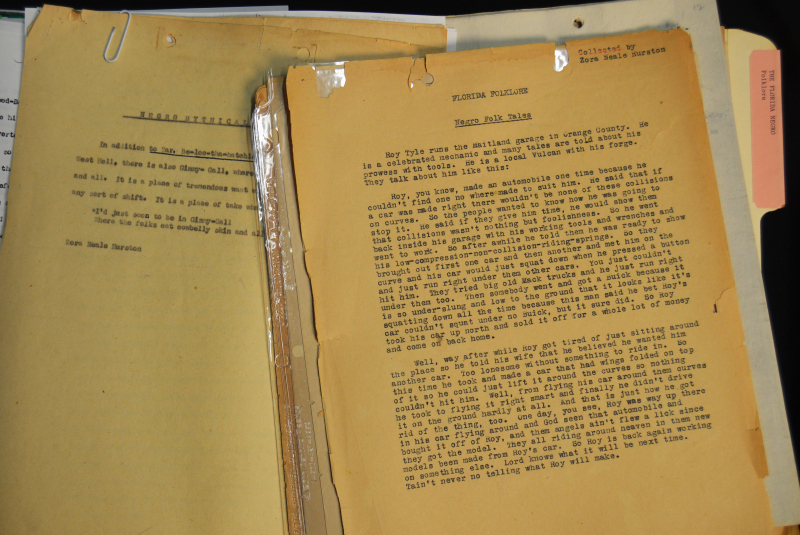 Not all of the information-gathering unit members have been forgotten. Among the original typescripts in the Library collection are several by Zora Neale Hurston (1891-1960).

As for the publication that was the goal of the Jacksonville based WPA group, it never saw the light of day before the WPA was phased out during World War II. Fortunately, this was a Federal project, so the raw material was typed in duplicate and spread around various archives such as the Library of Congress and the library at the University of Florida and even a box with the Florida Historical Society. It was not until the 1990’s that researchers dug out the original notes and published them. 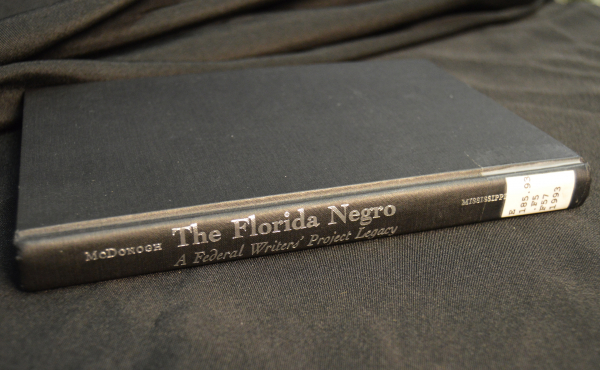 That, too, is in the collection of the Library of Florida History.