1. things that exist or are used or enjoyed for only a short time.

2. items of collectible memorabilia, typically written or printed ones, that were originally expected to have only short-term usefulness or popularity.

So, by definition, some things are thought to have no lasting value. It could be argued there are no such things to a historian, archivist or collector. Exhibit ‘A’ for that argument: 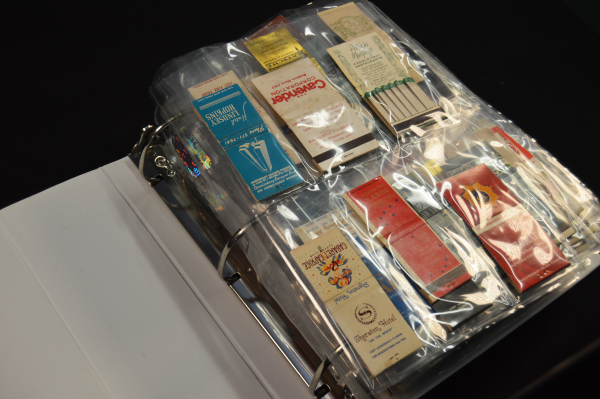 The binders of mid-20th Century matchbooks, placemats and paper napkins carefully stored in the collection of the Library of Florida History in Cocoa Village.  The binders hold several hundred samples printed with ads and logos from hotels, restaurants, motor lodges (now called motels) and various tourist related businesses around the state. Most are from southern Florida and some are still in business. 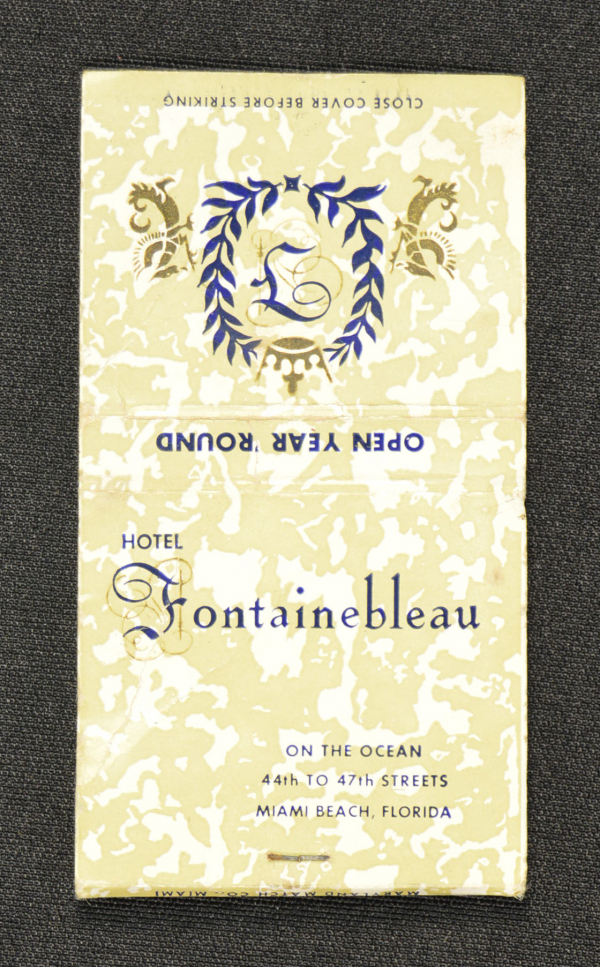 We can experience the understated elegance of the famous Fontainebleau in Miami Beach, 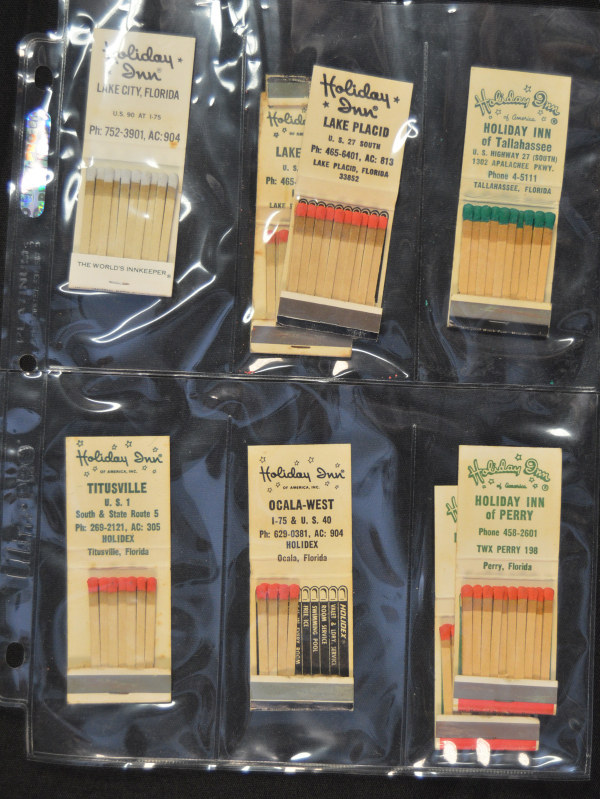 or sample the state-wide, down-to-earth branding of the Holiday Inn chain.

The idea of advertising on matchbooks is only slightly younger than the idea of a matchbook.  The patent for the matchbook was issued in 1892.  The first massive advertising campaign, for Pabst Beer as it happened, was launched in 1894. 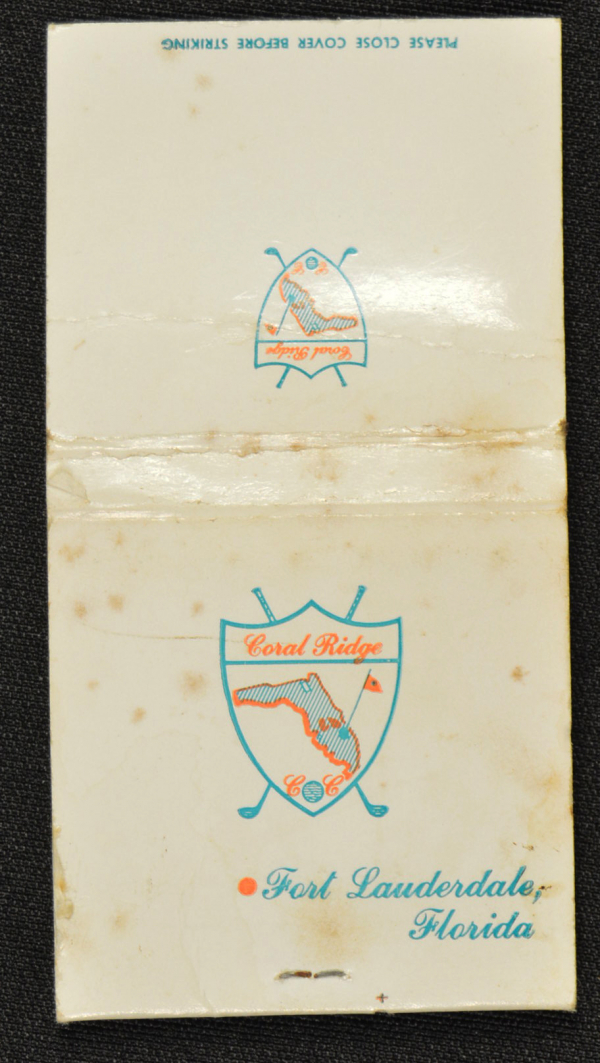 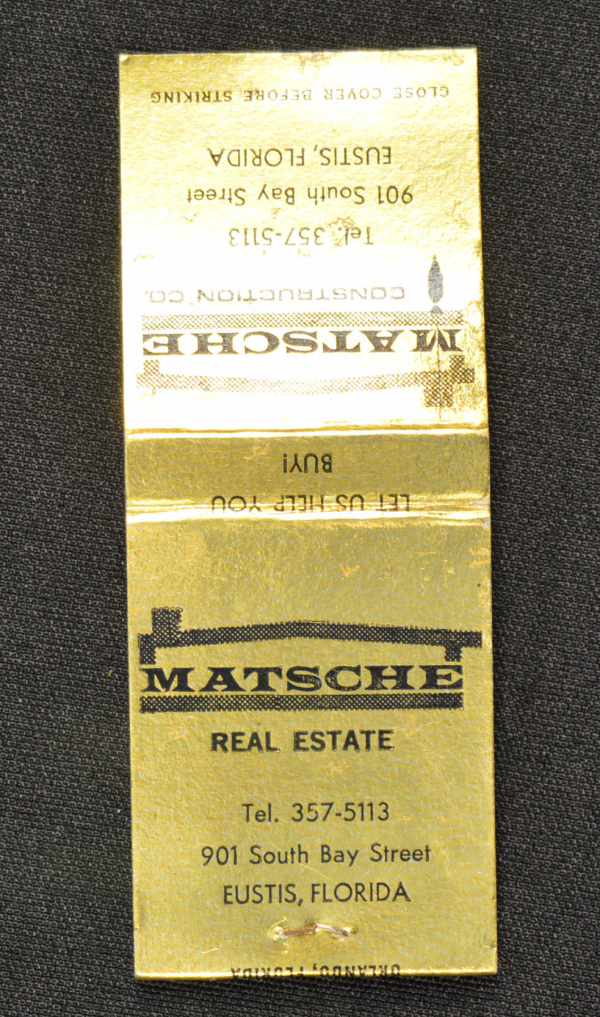 The sponsors were not limited to sleeping establishments and dining spots, of course, 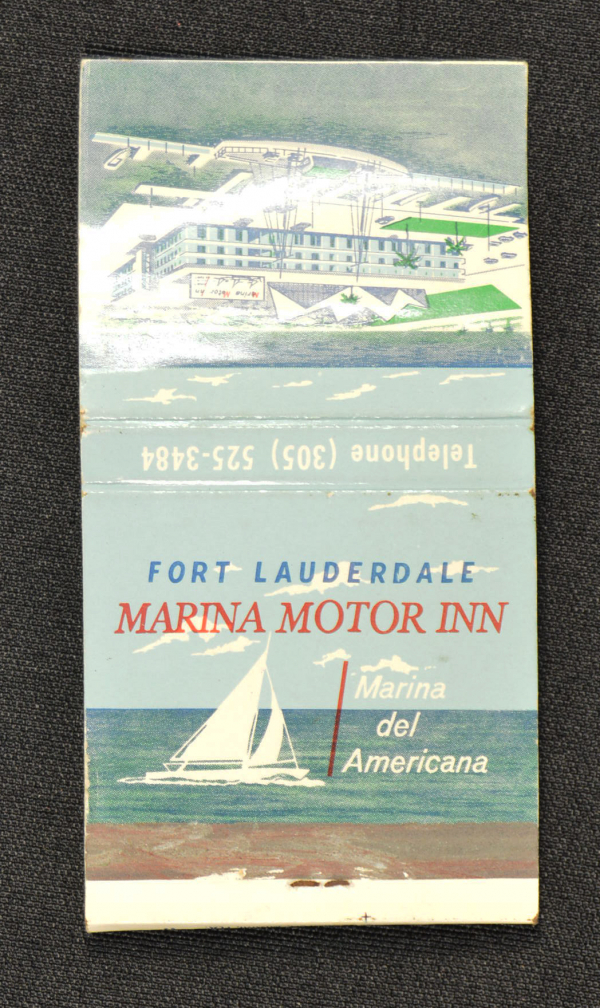 nor to the chains and world-class establishments.  Matchbooks were a natural for any place that allowed smoking, which was just about every place. 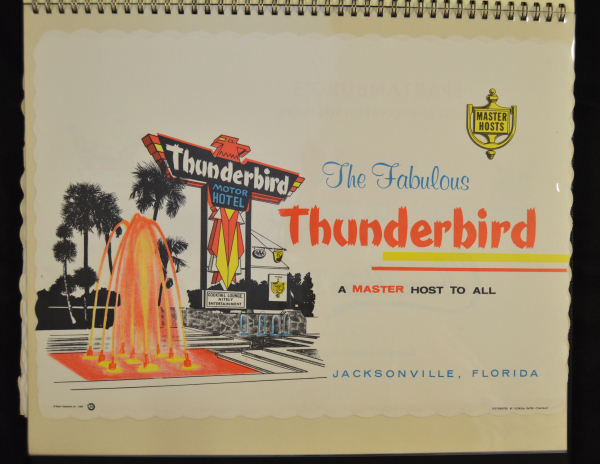 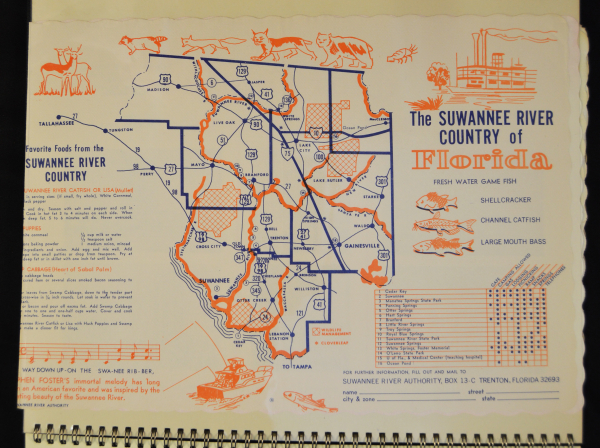 And for the non smokers, children, families and just about everyone else visiting the state, restaurants could provide informative, useful placemats.

All these are fun to look at, with charming graphics, clever color choices, evocative fonts and straight forward ad copy.

But are they worth preserving?  A lot of people think so: http://www.ephemerasociety.org/

They offer a firsthand experience of the world before and during the era of “Mad Men” when Florida’s modern tourism industry was really taking off. From an artistic point of view, the fonts, colors and designs give an insight into the mindset of the layout artists and marketers of the time. They can even be a valuable style guide for a modern artist,  set or film production designer trying to capture the look of mid-century America.

They are also valuable for historians and researchers. Most of these locals no longer exist, so for someone doing research on the early modern tourism industry they are original sources, with perhaps a rendering of a building or details on ownership, theme, location and what it was like to visit this particular spot.

Finally, each is a representation of a moment from someone’s life at a particular place and time and was moved to pick up and save a little reminder, a keepsake that really   was intended to be used and forgotten.