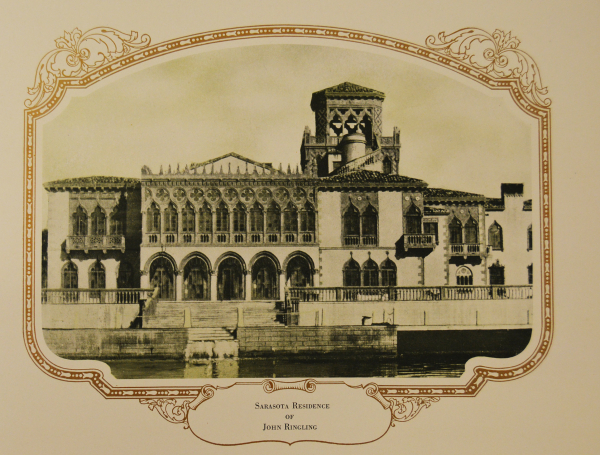 John and Mable Ringling’s Sarasota home, Ca d’Zan is proof, if any were needed, that income inequality is nothing new in the world, the United States, or in Florida. It was built in the 1920s, during Florida’s first big land and population boom. By the end of that decade the state’s population had reached about 1.5 million, up from only half a million in 1900. While small by modern standards, the influx generated a lot of infrastructure improvements and home building, especially around the growing cities, Miami, Orlando, Jacksonville, Pensacola and Tampa/St. Pete.

Of course, a lot of the influx was the result of land speculation and sales, often sight unseen to the more than occasional dismay of the new property owners who found their little pieces of paradise in the middle of swamps.

Naturally, most of the influx was for small homes and farms. Many of the immigrants were World War I vets who had trained at the military camps and naval aviation facilities that sprang up around the state during the war. It was nothing compared to the influx after World War II, but it all added up to a land boom. 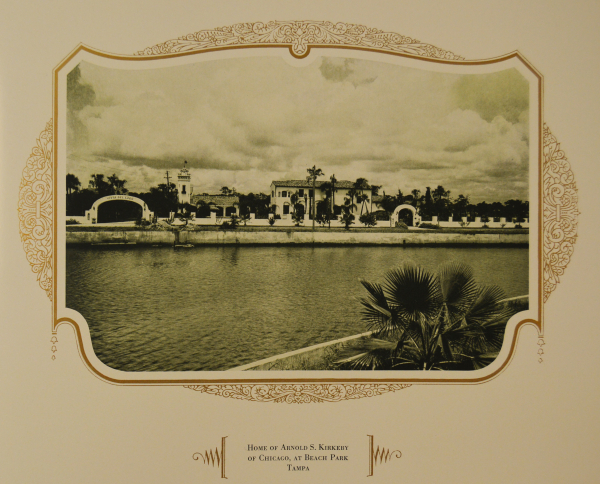 However, the rich, looking for a little winter getaway mansion far from the snow and cold of, say , Chicago,  were not likely to fall victim to a developer’s bait-and-switch marketing. By the end of the 1920’s Florida had a fair share of impressive mansions,  mainly, like the population, along the coasts.

Then came the 1930s and the Great Depression.  Nothing like an unemployment rate of 25 per cent to cut into homestead sales.

State officials, looking for ways to replace lost taxes, hit on the idea of marketing Florida to high end customers, the rich who were rich enough not to have been wiped out in the crash of ’29; the Depression-Proof Wealthy, as it were. 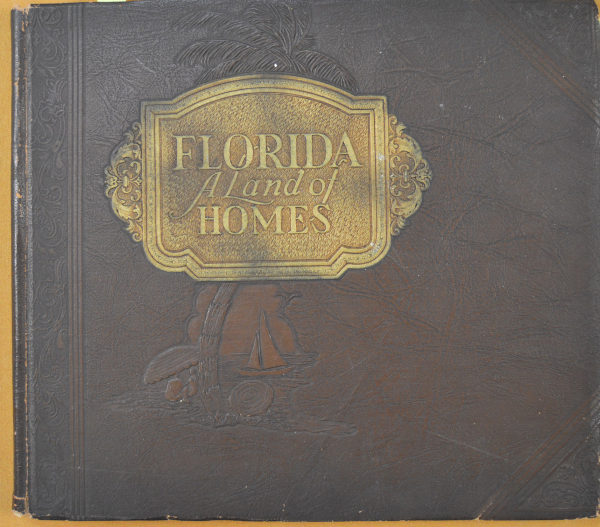 A sample of their marketing effort is found in the collection of the Library of Florida History; “Florida, A Land of Homes” is simply a coffee table book of beautiful homes. 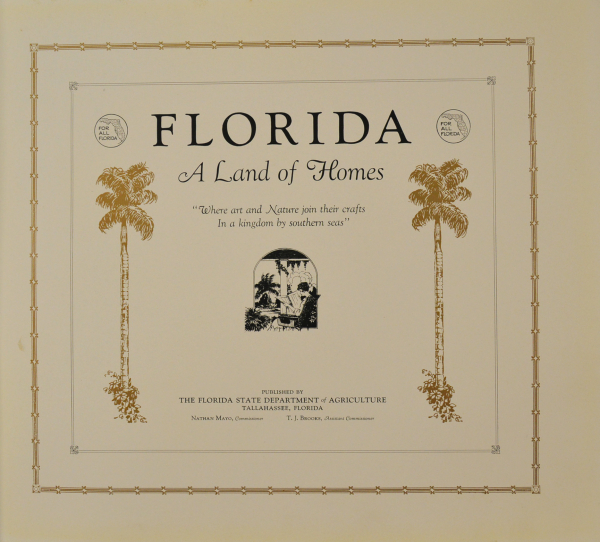 But the mission to attract people to Florida remained, and in the 20th Century the state spent a lot of money to do that. Apparently holding to the adage “you have to spend money to make money,” this collection of plates, some colorized by a Tampa based company, bound by “The Record” company, still in business in St. Augustine, did not come cheaply.

But, look at the content; the homes of individuals we still recognize: 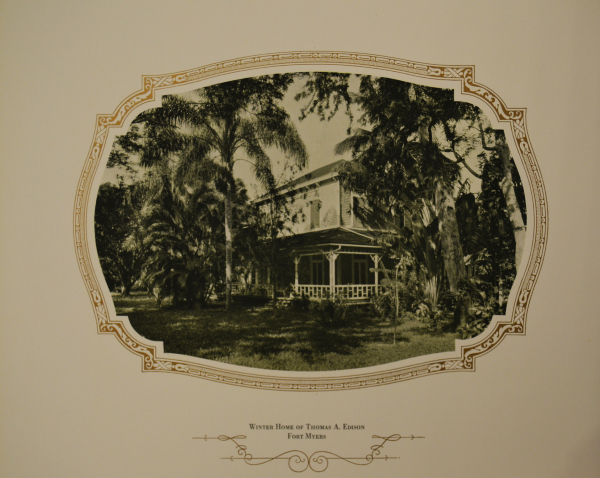 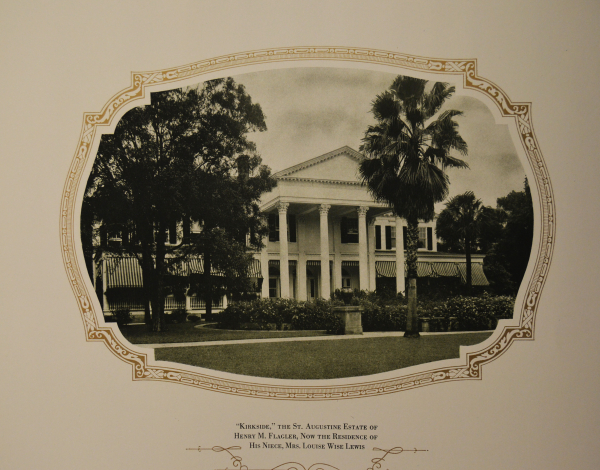 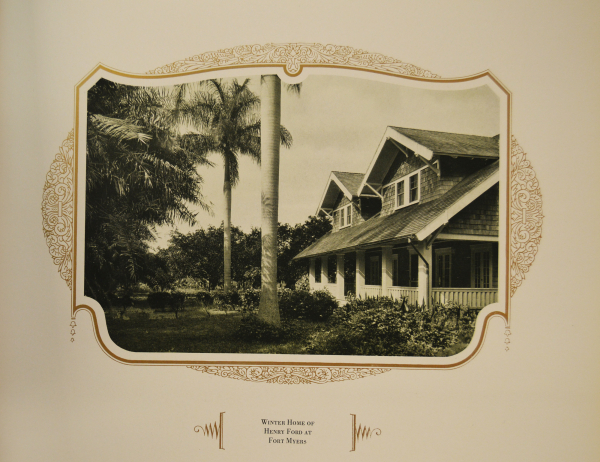 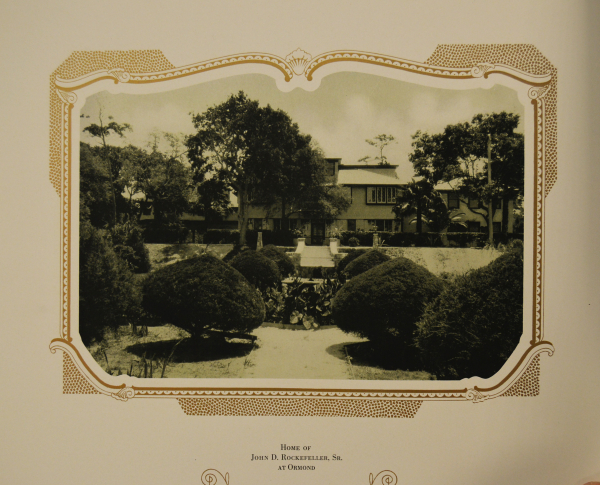 We must also consider the target audience. It was to impress people who, at a time when millions were migrating in search of jobs to fend off starvation, could consider an arbitrary move.   As the Agriculture office put it in sparse copy likely created by a committee: “Thousands of persons come annually to Florida for a few weeks or months in winter, stopping at the splendid hotels and apartment houses to be found at every tourist center. But, these persons have long since learned the facts of Florida as a winter resort. But, there is another some have learned and many are now discovering; Florida is a place to live.”

So, this book was simply a promotional effort by the state government to get people to move here.  Now it is a valuable record of high- end architectural styles ranging from Mediterranean Revival to Colonial Revival. 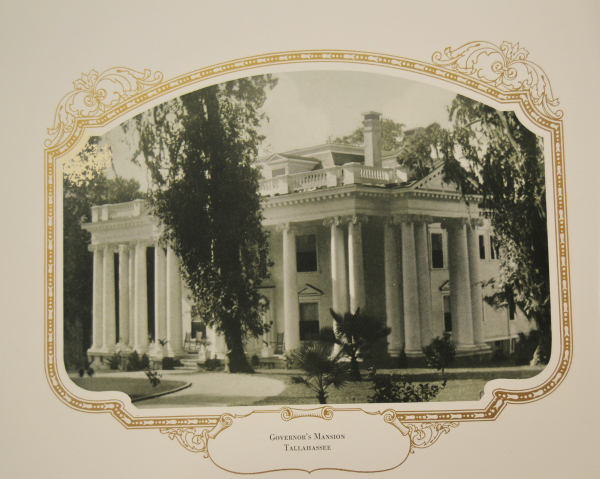 Cutting edge at the time, they can now be considered Iconic Florida.