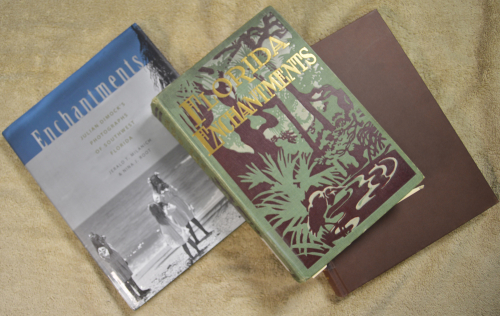 Three original-edition books in the Library of Florida History offer not only a look into a key period in the state’s development, but also a sample of how technology has improved the way we can glimpse the past.

The story begins with a very successful New York City businessman who started coming to Florida in the late 1880’s as a hunter and fisherman, but eventually succumbed to the enchantment of the nature and people he was seeing so that, in his words, he “put down his rifle and fishing rod and picked up a camera” and pen. 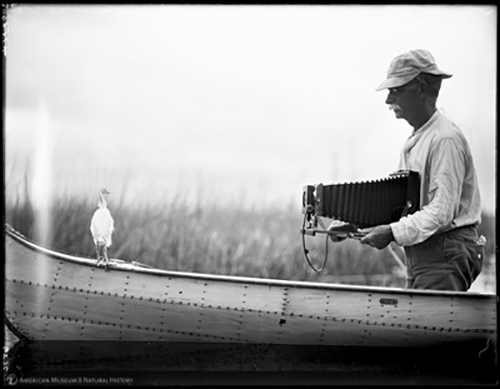 Anthony W. Dimock(1842-1918), above, and his son Julian (1873-1945) were spending their winters from 1903 on exploring, photographing and writing about the back country of  Southwest Florida. Anthony was primarily the writer, turning out dozens of magazine articles. Julian was primarily the photographer, lugging the heavy, large format cameras of the time into the Florida back country for months at a time. They even outfitted their little houseboat with a darkroom to process the film and glass plate negatives which were then shipped home to New York. 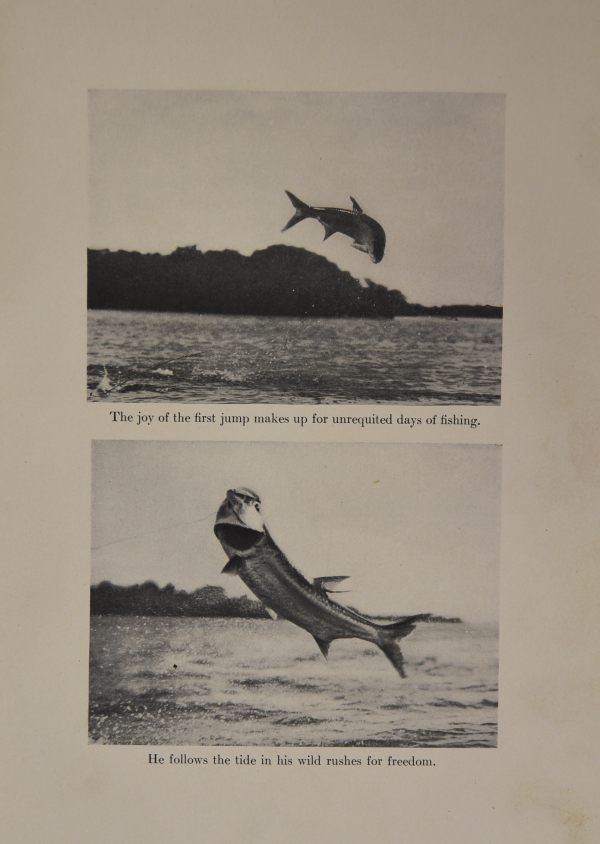 Even with the equipment of the day, Julian captured some simply amazing images of the wildlife 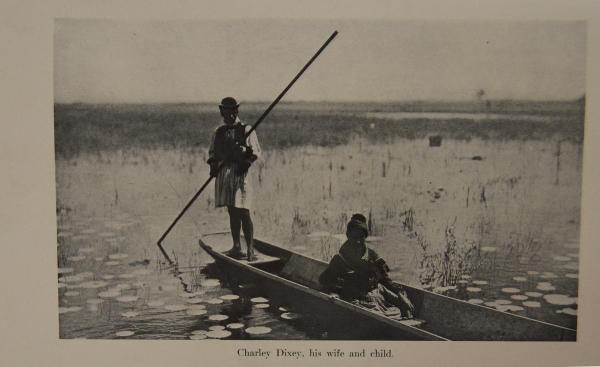 and the lifestyles of the people -  elements already being threatened by development of residential areas along the coast, 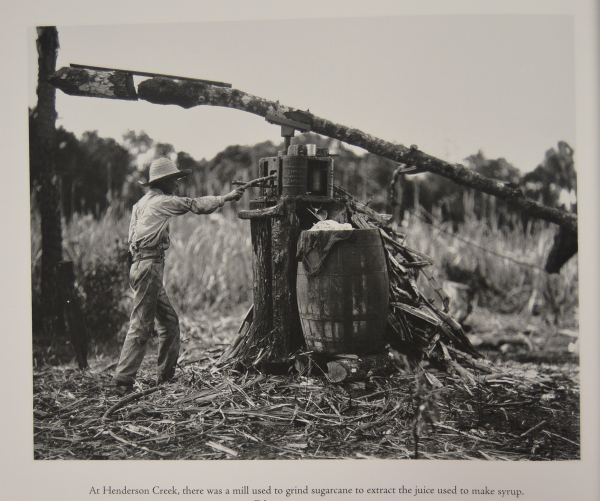 and extensive agricultural operations inland. It was a turning point in Florida’s history.

They chronicled all of it in hundreds of magazine articles -  the Seminole Indians in Big Cypress Swamp, the moonshiners deep in the woods, beekeepers, timber workers and cracker cowboys - people living ‘off the grid’ before there was a grid. 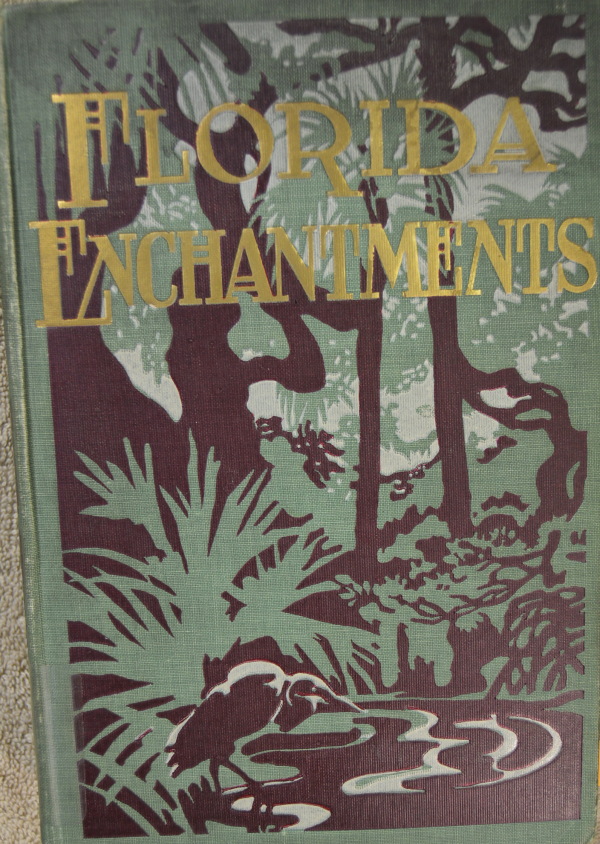 In 1908 they collected 24 articles into a book, “Florida Enchantments.” This first edition copy is in the Library collection, its gold leaf title as bright as ever.

Travel and adventure books were common and popular at the time, but this one is set apart by the photography. 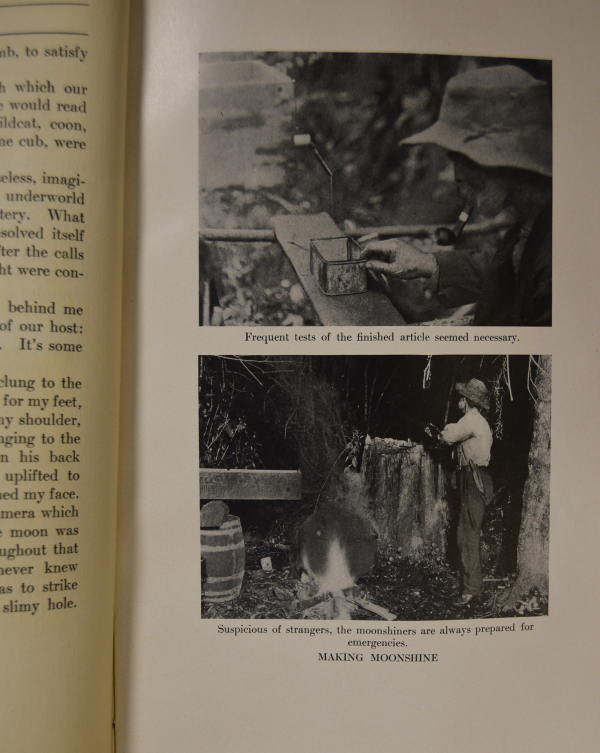 Every couple of pages they gave the reader a look into a lifestyle most books could only talk about. Even now the 115 or so pictures in the few hundred pages can make you want to get a canoe and paddle back to that time period. In A. W.’s (as he preferred to be called) over-the-top prose, the call of the wild “puts fire in the veins of every man...who has seen the stars from the vantage point of old Mother Earth.”

For those of us not ready to brave the mosquitoes, snakes and ‘gators, nor forgo air conditioning, technological developments and a little bit of luck make it possible to enjoy even more detailed images of that era.

It turns out thousands of Julian’s negatives and glass slides were donated to the American Museum of Natural History, an institution that also benefited from the Dimocks’ habit of sending flora samples from Florida.  As is often the case, the negatives were stored away and apparently ‘lost’ for years. 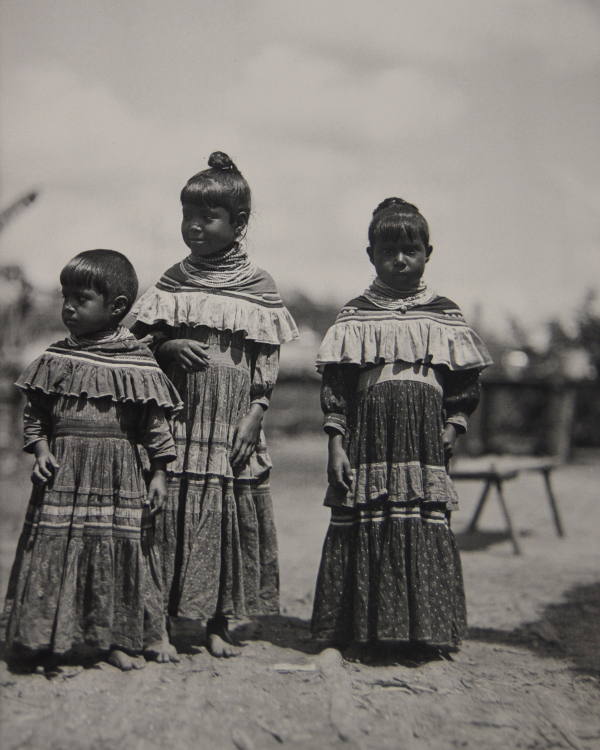 Once found and printed using modern high resolution technology they resulted in two more books with much more revealing images. The books, “Hidden Seminoles” and “Enchantments; Julian Dimock’s Photographs of Southwest Florida” edited by Jerald T. Milnaich and Nina J. Root are also in the Library of Florida History collection.

For a really deep dive into this fascinating time in Florida history see how the American Museum of Natural History has made up for storing Julian’s photos for so long at: