It is easy to think of war in terms of marching masses of men and the movement of fleets. But every maneuver is made up of individuals with a personal perspective on their particular experiences.

In the last few decades, using the technology of the times, there have been numerous projects to record or video the personal stories of World War II veterans to archive their memories and present documentaries of their experiences. 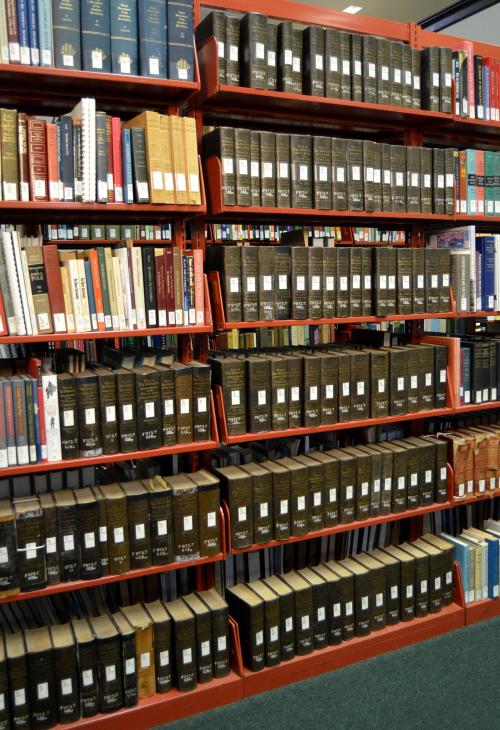 Two collections at the Library of Florida History illustrate a similar effort to document stories from the American Civil war using the technology of that time. The first, and larger of the collection, is “War of The Rebellion Official Records of the Union and Confederate Armies.”  Generally referred to as “The OR”, the 128 volumes contain the reports, assessments and letters written by the principal leaders who fought the battles, written days, weeks or months after the events, offering eyewitness accounts of the veterans making history.  Now any expert will tell you, eyewitness accounts may be the least reliable of all, often poorly written, lacking perspective, perhaps contradictory and self serving.  A researcher may consider them to be flawed sources, but, they are from “there” and no Civil War study is complete without consulting them.

Collecting and publishing the material began in the spring of 1864 and continued  until the mid-1890’s. 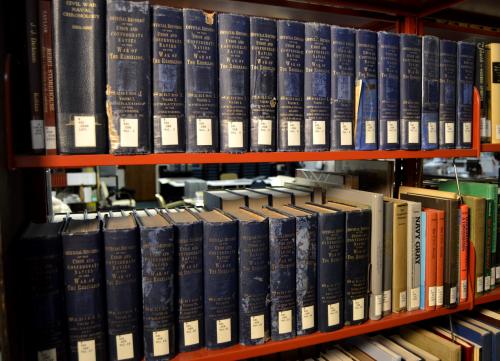 Around that time the government started a companion project to compile navy records, an effort that continued into the 1920’s with the last volume published in 1927. This series is actually of greater interest to Florida historians.  With the extensive coast line and river transport system, there was a lot more naval action than land army action in the state. 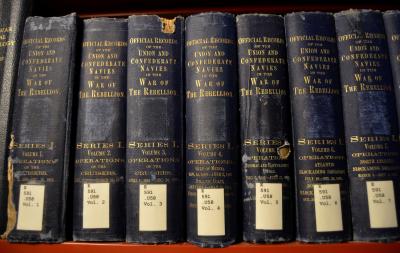 The series’ volumes are divided by geography and dates, a help for researchers but not exactly as fast as a computer search (yes, they are available on line. Google it) 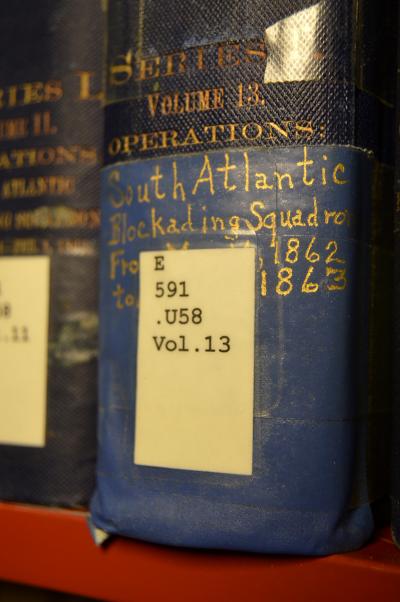 To sample the close up details of the stories from both sides in the “OR”, we start with a couple of entries in Volume 13, dealing with the South Atlantic Blockading Squadron between May 1862 through April 1863. 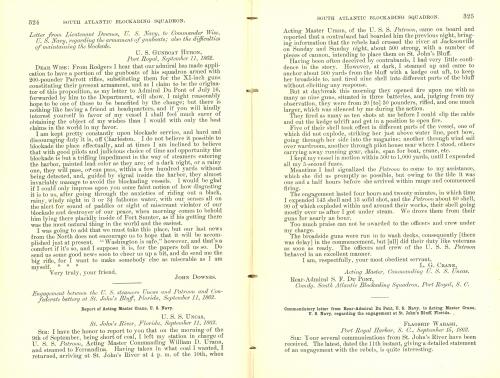 Beginning on page 324 we find a report from one L. G. Crane, commanding the U.S.S. Uncas, a gun boat patrolling the St. Johns River near Jacksonville.  He tells how he was basically ambushed by Confederate artillery but he and his brave crew fought the good fight. 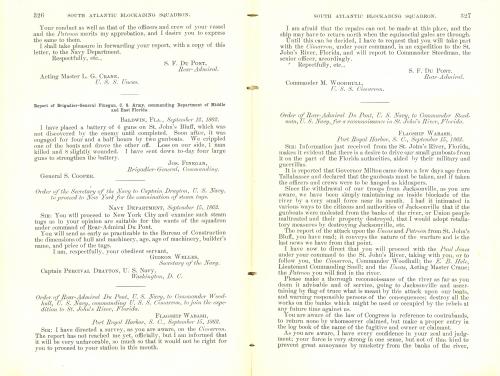 On the next page we find a terse report from Brigadier General Joseph Finegan of the Confederate Army about how he ambushed those Yanks. It should be noted the material from the Confederate side is rather sparse, confined to materials captured during the war or recovered after.  It should also be noted small events have consequences, even when both sides claim victory. On page 237 we find an order to a stronger force to conduct a reconnaissance up the St. John’s River to Jacksonville as a result of the attack on the gunboats.

This level of personal story is not unusual. 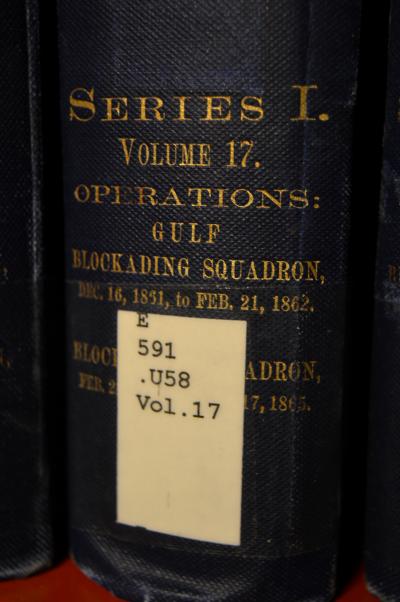 Consider an entry on page 754 of Volume 17 involving the Operations: Gulf Blockading Squadron. 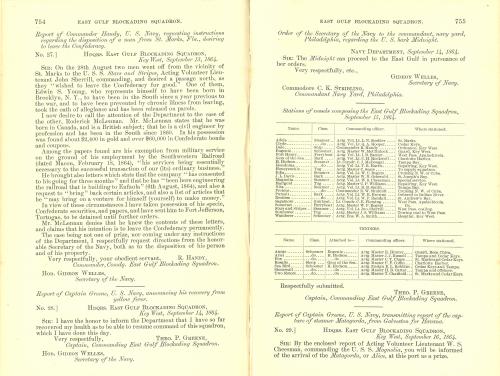 Two men show up on the U.S.S. Stars and Stripes in Key West claiming they want “passage north” as they wish “to leave the Confederacy for good.”  One claims he was born in Brooklyn, NY. , takes an oath of allegiance and is released on parole.

The other claims to be a British subject, born in Canada. However he is found to have $2400 in gold (about $58,000 in current money) and 60,000 confederate dollars in bonds on his person as well as some letters seeming to indicate he is something of a con man. He is sent of Ft. Jefferson in the Dry Tortugas as a P.O.W. while the commander does just what his modern counterpart would do; he kicks the problem upstairs.  “I respectfully request directions from the honorable Secretary of the Navy,” he writes, “both as to the disposition of his person and of his property.”

Original copies of all the Army volumes and all but the very last of the Navy volumes are available at the Library of Florida History.