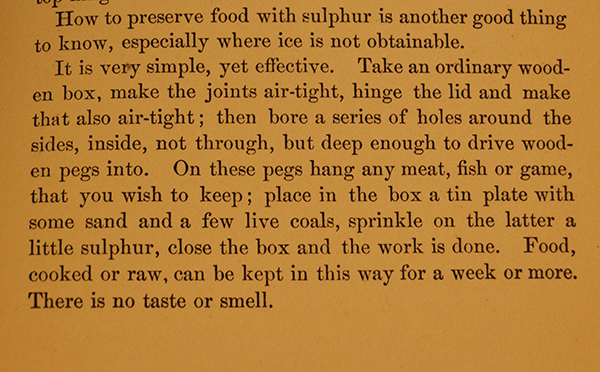 Land speculators and marketing experts, or con artists and fabulists, depending on your point of view, often pitched frontier Florida of the late 19th century as an individual’s gateway to wealth and happiness to northerners struggling to keep their farms going or longing for land of their own. But, when you came right down to it, how did you preserve food in the Florida heat in those pre-refrigeration days? Or, what could you eat until your crop came in? How much would it really cost, anyway? 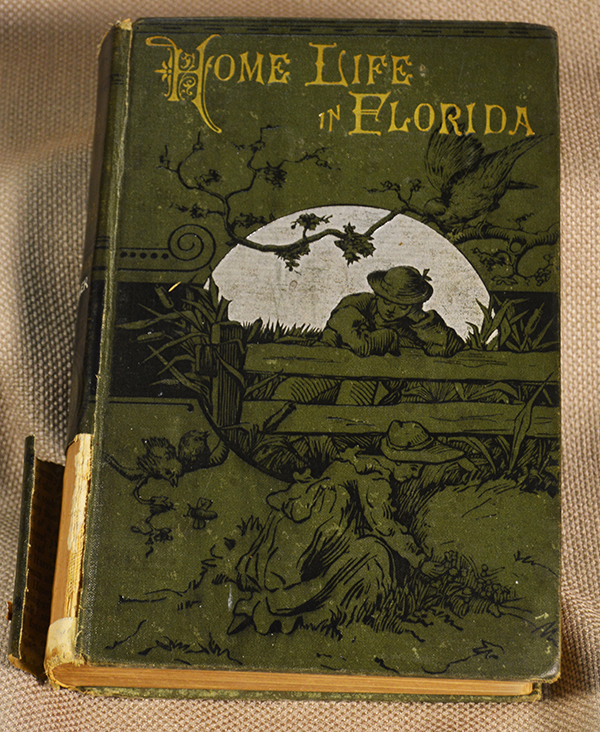 A cottage industry of providing pamphlets, guides and even books, like this one in the collection of the Library of Florida History, sprang up right along with the stores selling farm equipment and the developers selling farm land, swamp land and dreams. 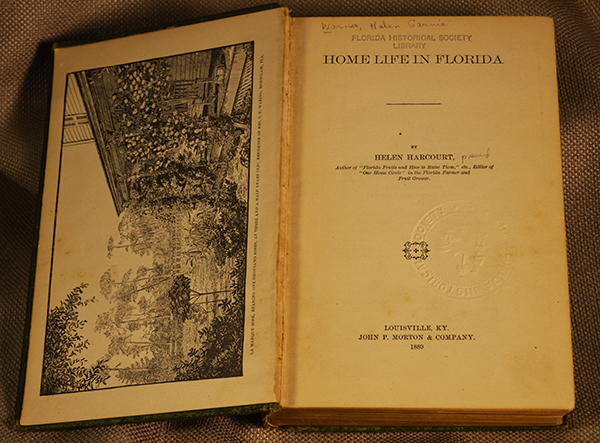 This 1889 first edition of “Home Life in Florida” by Helen Gilbert Warner (1848-1933), writing under the name Helen Harcourt, was a clear-eyed account by a settler who had walked the walk, of what it took to survive in frontier Florida.  She and her family had settled south of Orlando a decade or two earlier, and she apparently kept copious notes on what they had learned, and what they wished they had known before coming to Florida. 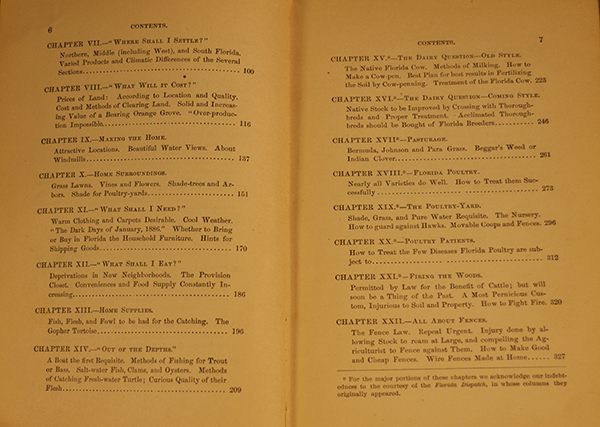 In addition to chapters chock full of specific information and tips for newcomers (and, incidentally a gold mine of information for anyone interested in what it took to survive in the good old days) she is quick to offer some advice for the ages. Basically, don’t believe everything the sales people tell you.