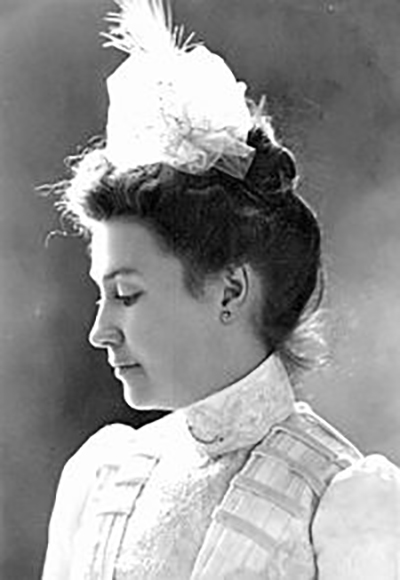 2020 is the 100th anniversary of the passage of the 20th amendment to the U.S. Constitution, expanding suffrage and giving women right to vote. Naturally it applied in all states, even those like Florida which did not vote to ratify it. There were plenty of suffragettes in Florida including May Mann Jennings (April 25, 1972- April 25, 1963) a politically savvy leader of civic and philanthropic organizations as well as founder of the Florida League of Women Voters. She is credited with helping pass a lot of what is considered ‘progressive’ legislation in Florida, but when it came to the vote, she and her ilk were not able to break the grasp of the old white males who had long ruled Florida.

Counting back by centuries we can quickly count how long. 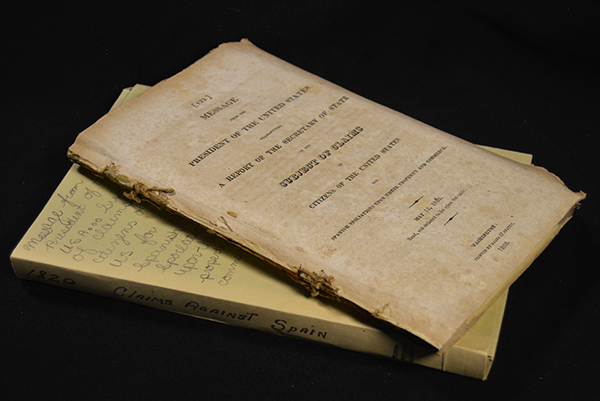 A well worn holding at the Library of Florida History dates from that time when Florida was not yet a state, but was being transferred from Spanish control to the U.S. under the terms of the Adams-Onis Treaty. Basically, this acknowledged the American occupation of much the northern part of the territory. It is titled “Message from the President of the United States [James Monroe, by the way] Transmitting a Report of the Secretary of State [John Quincy Adams} on the Subject of Claims of Citizens of the United States for Spanish Spoliations upon Their Property and Commerce” and that just about says it all. 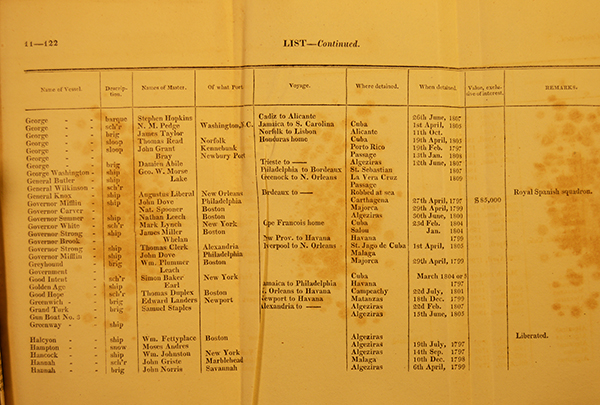 Not exactly a page turner except for researchers, it mainly consists of lists and tables documenting claims by America citizens allegedly incurred during the troubled times that led to the transition. One might point out they were basically squatters on land that was legally, if not practically, under Spanish control. That did not stop them from racking up claims that totaled about $5 million (say a billion and a half now). Once the U.S. government wrote off those claims the Spanish turned over the keys. Not for nothing was this time in American history dubbed “The Era of Good Feelings.” 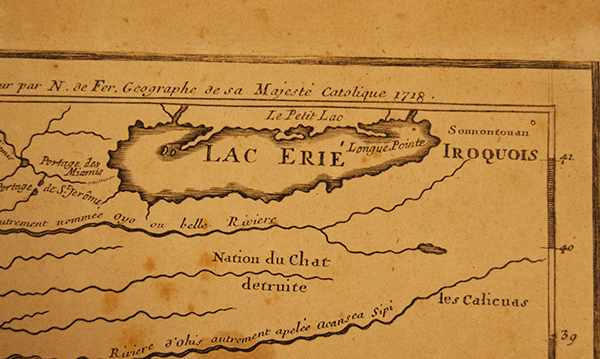 We still have a couple of centuries of Florida history to go, and the next holding at the Library is a French map printed in Paris in 1718 and thus in use in 1720 throughout the Americas. 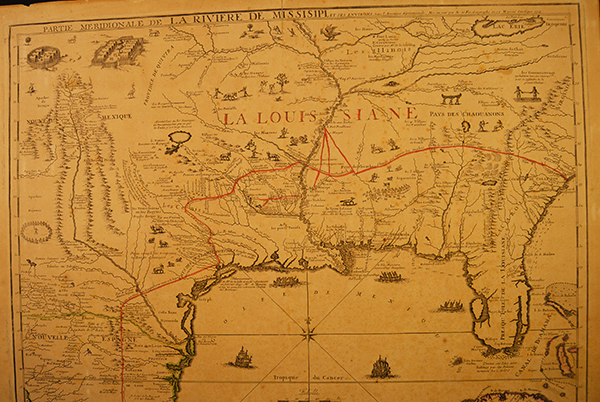 Focusing on the Mississippi (as in “La Riviere de Mississippi”) River system this map is interesting because it shows most of the known Spanish as well as French territories. It considers La Florida as part of La Louisiane, just another part of the Southeast corner of North America. 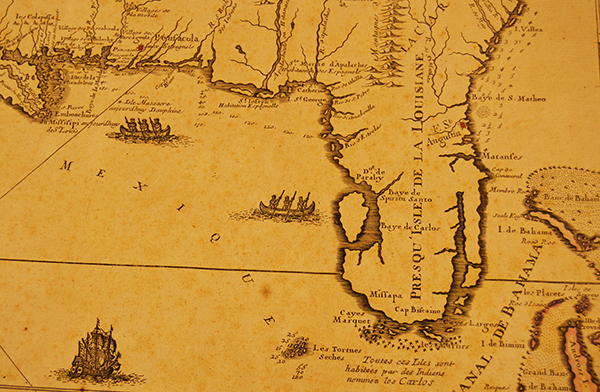 The map shows some trade routes and indigenous peoples settlements in the region, but when it comes to Florida we see St. Augustine, Cape Canaveral and Pensacola, and that is about it for modern names. Except rivers and bays. As you might expect, explorers followed them and put them on maps from the earliest times. 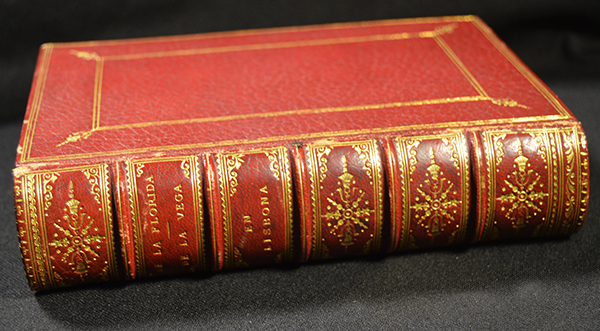 To get back to 1620 we have to check the oldest publication in the Library of Florida History collection, a first printing of the first edition of a chronological history of Florida published in 1605. 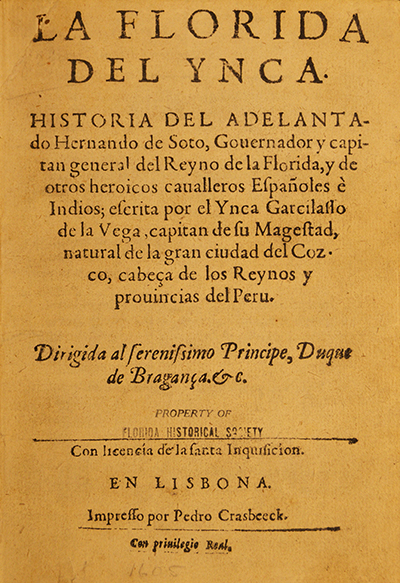 Printed in Lisbon, La Florida del Ynca is old enough to need a license from the Inquisition. It includes accounts of the 1539-42 expeditions of Hernando de Soto. A very popular work in its time, it inspired Spanish settlements in the new world and marks the beginning of the Franciscan Missions, mainly in north Florida and St. Augustine. In fact they built a road from St. Augustine to what is now Tallahassee. 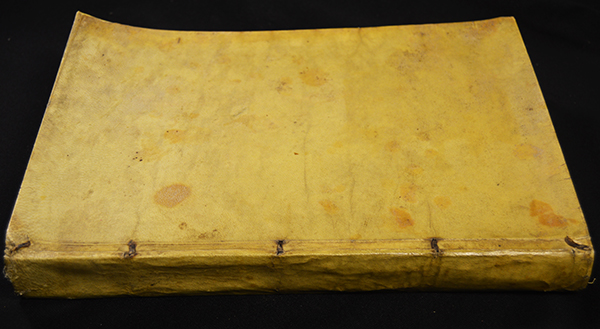 To complete our giant steps through the ages and get to the oldest (ca 1520) explorations, we have to come forward in time through the Library collection to this rather nondescript 18th century publication. 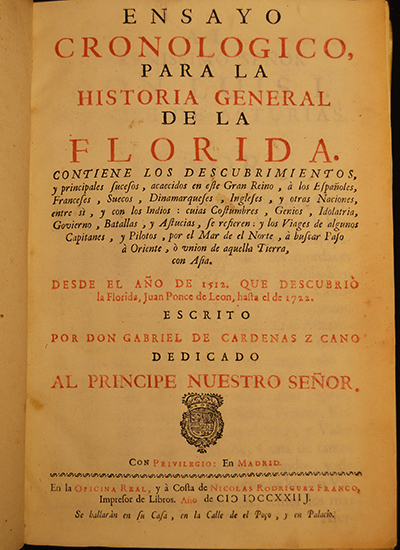 This Chronological History of Florida was printed in C I backward C- I backward C C XXII. Or, as we call it, 1722. It includes accounts of explorations throughout the southeast United States, the Spanish territory extended north to the Carolinas, but one featured chapter deals with the exploratory journey of Juan Ponce de Leon around Florida in 1512/13 that gave Florida its name.