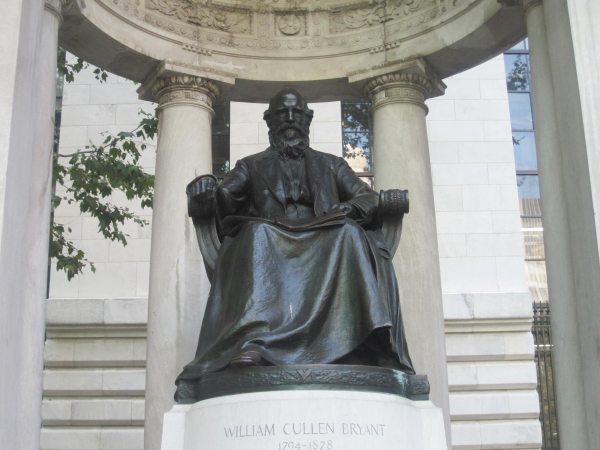 Turns out he was quite a traveler; Europe, South America, the Caribbean and Florida when it was considered the frontier. 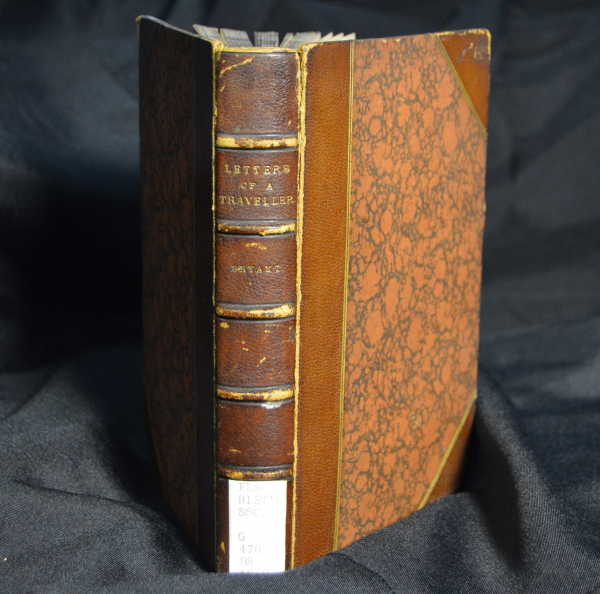 His 1850 first edition book “Letters of a Traveler: Notes of Things Seen in Europe and America”, in the collection of the Library of Florida History, includes several essays written in territorial Florida that offer a romantic poet’s view of a Florida making the transition from Spanish to American culture. 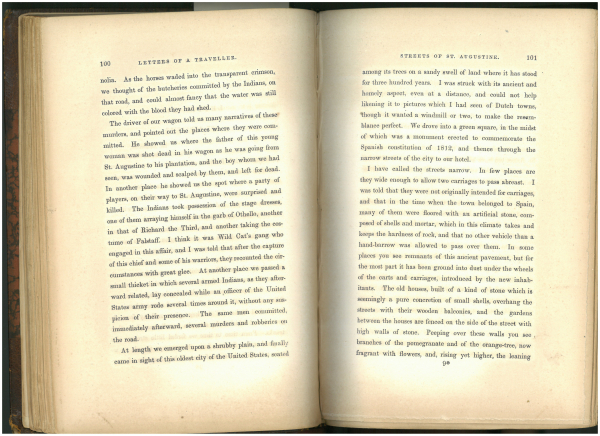 The earliest letter from Florida dates from 1843. After a breathless recounting of “butcheries” committed within recent memory by Native Americans, he presents the quintessential 19th Century Florida experience as he arrives in St. Augustine:   “At length we emerged upon a scrubby pine and finally came in sight of the oldest city of the United States, seated among its trees and a sandy swell of land where it had stood for 300 years. I was struck with its ancient and homely aspect even at a distance and could not help likening it to pictures I had seen of Dutch towns, though it wanted a windmill or two to make the resemblance perfect.

“We drove into a green square, in the midst of which was a monument erected to commemorate the Spanish constitution of 1812, and thence, through the narrow streets of the city to our hotel.”

He goes on to discuss travels up the St. John’s River, the vestiges of Spanish culture after centuries of rule and the Minorcan settlement in St. Augustine. 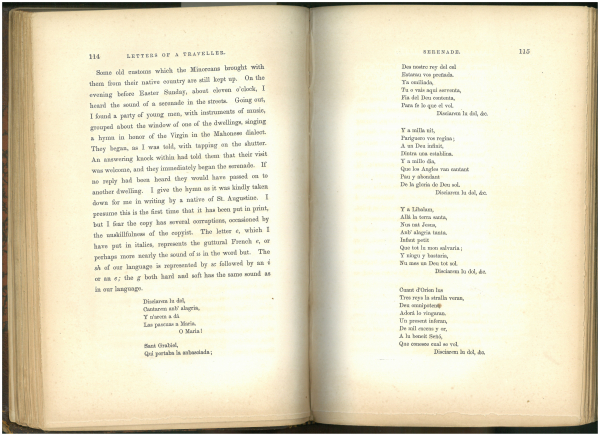 Clearly, a more scholarly report than would be found in a modern travelogue. 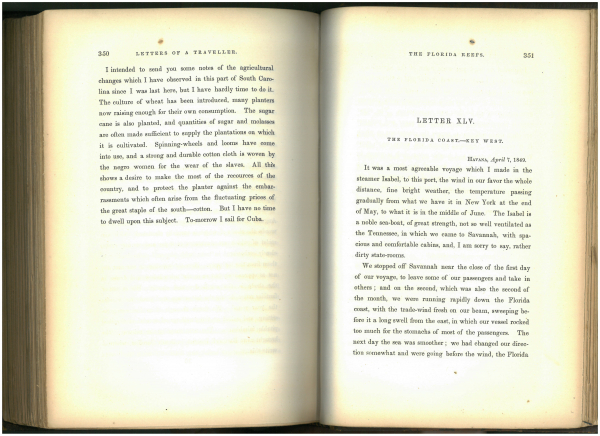 An account of a conversation with a resident illustrates Bryant’s technique for getting to know the people, including “Wreckers” who made (quite a good) living salvaging ships and cargo that wrecked on the reefs in the Florida Strait: “We fell in with a man who had lived 13 years in Key West. He told us the 3 thousand inhabitants had four places of worship; An Episcopal, a Catholic, a Methodist and a Baptist church.  And the drinking establishments which we saw open, with an elaborate display of bottles and decanters, were not resorted to by the people of the place, but were the haunts of English and American sailors whom the disasters to their vessels had brought hither. He also gave us an account of the hurricane of Sept 1846, which overflowed and laid waste to the land.” 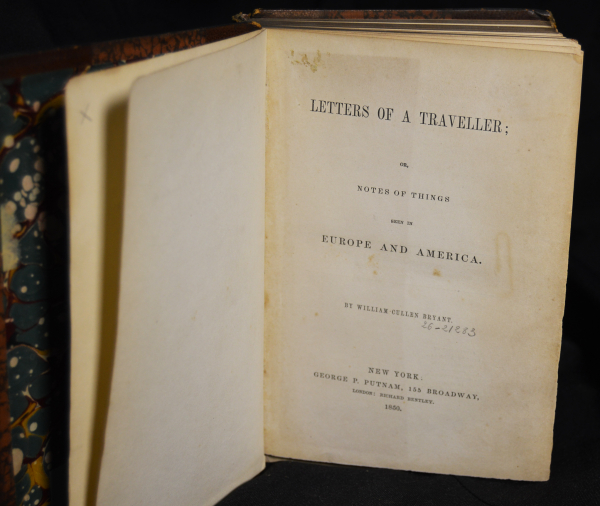 Published in New York in 1850, “Letters of a Traveler” is filled with fascinating quotes and vignettes of the people living in territorial Florida, and was popular enough to warrant a second printing later that decade. 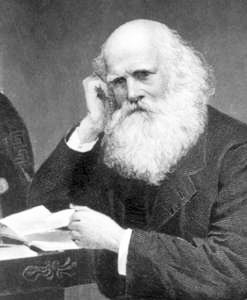 William Cullen Bryant (Nov. 3, 1794, Cummington, MA –June 12, 1878, New York City) may have been a New Yorker at heart, best known for putting an American slant on poetry and for his work in the New York Evening Post, a newspaper begun by Alexander Hamilton ,  but Florida has one more historical tie to him.

Almost a century after Bryant sailed into Key West a 7 thousand ton World War II Liberty ship, built in Oregon was named in his honor. On July 21, 1942, during its maiden voyage, the U.S.S. William Cullen Bryant was sailing through the Florida Straits, right where he had sailed, when it was hit by a single torpedo from German U-boat-84.

All 54 crew survived and the ship did not sink. Eventually it was towed, first to an anchorage off Key West, then to Tampa, then to Philadelphia where its cargo, sugar from Hawaii, was off loaded, then to New York for repairs. The ship returned to service in March 1944 and served out the rest of the war.

This is a rather fitting tribute to its namesake, who, famously quoted by Martin Luther King, Jr., wrote : “Truth, crushed to earth, shall rise again.”