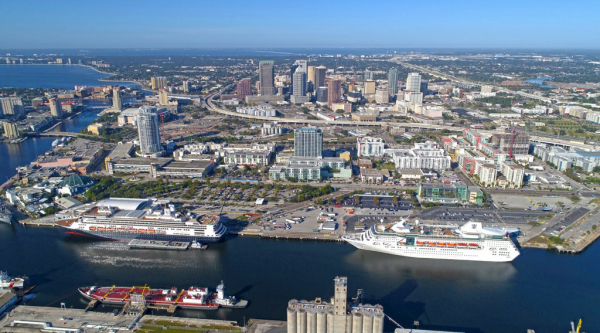 The Port of Tampa is the largest in the state, handling 37 million tons of cargo and a million cruise passengers a year. So why did it take so long to develop?  Location, location, location. Halfway down the west coast of the Florida peninsula, isolated, far from the early settlements in the northern part of the state there was not much there to stimulate development.

Indigenous people lived by the bay’s shores for thousands of years, and in the early 16th century the Spanish explorers knew it was a safe place to anchor. But during the decades of Spanish and English rule, not much happened. 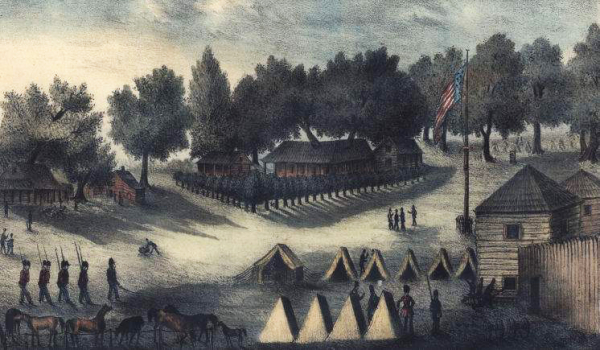 Even when the United States took over in the 1820’s, about all they did was build a fort on the east shore of the Hillsborough River.  Ft. Brooke saw some action during the Seminole Wars. Its main claim to historic fame was as the disembarkation site for Native Americans being forced from their homes and onto reservations in the West. From Tampa they bordered ships heading to New Orleans and Mobile, where they could then be shipped inland to their new lands.

But in that route lay the hint of Tampa Bay’s future. It was easy to get to a lot of places from there. 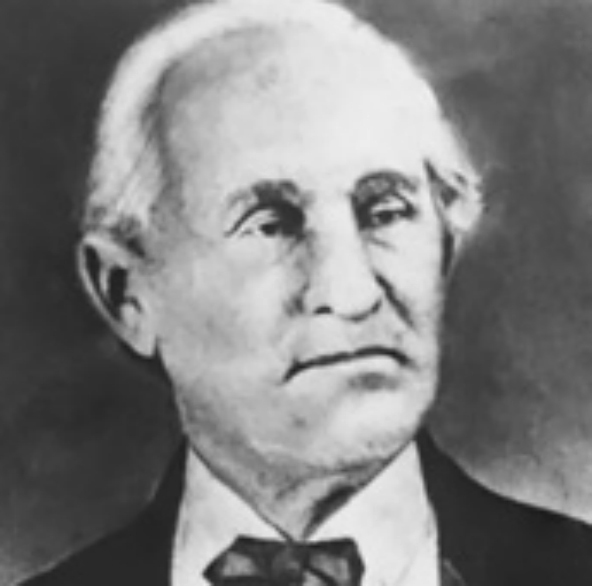 That must have been on the mind of a Scottish ship captain, James McKay (May 17, 1808 - November 11, 1876,) who came to Tampa (pop. about 200) in 1846 and is credited with building the first port infrastructure. He started a commercial shipping line with two schooners. To have something to put on those ships he bought herds of cattle to ship to other ports in the Gulf region and to Cuba.

This was the first of several developments that spurred Florida’s growth, especially after the Civil War.

While surveying for a canal in 1881, Captain J. Francis LeBaron, an engineer with the U.S. Army Corps of Engineers, found phosphate in Polk County, east of Tampa. That led to extensive mining operations, and soon the mineral was being shipped out of Tampa. Then came Tampa’s famous cigar industry and the growth of agriculture in Pinellas and Hillsborough Counties. By the time Henry Plant got his railroad to Tampa, what might have once been serious competition for the Port of Tampa actually just added to the ways to get goods to the port for shipment. 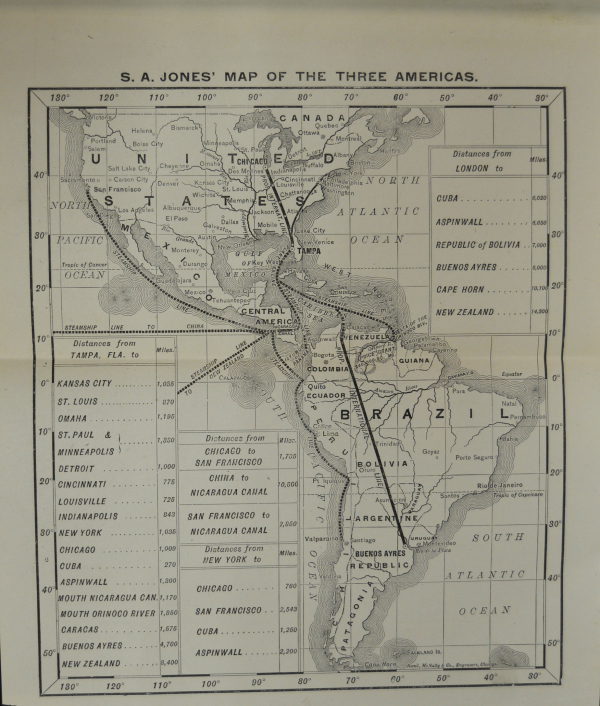 By 1890 a fairly large group of shippers, investors, entrepreneurs and business leaders, not all of them from Florida, were ready to see the Port of Tampa as the center of commerce for the Americas. 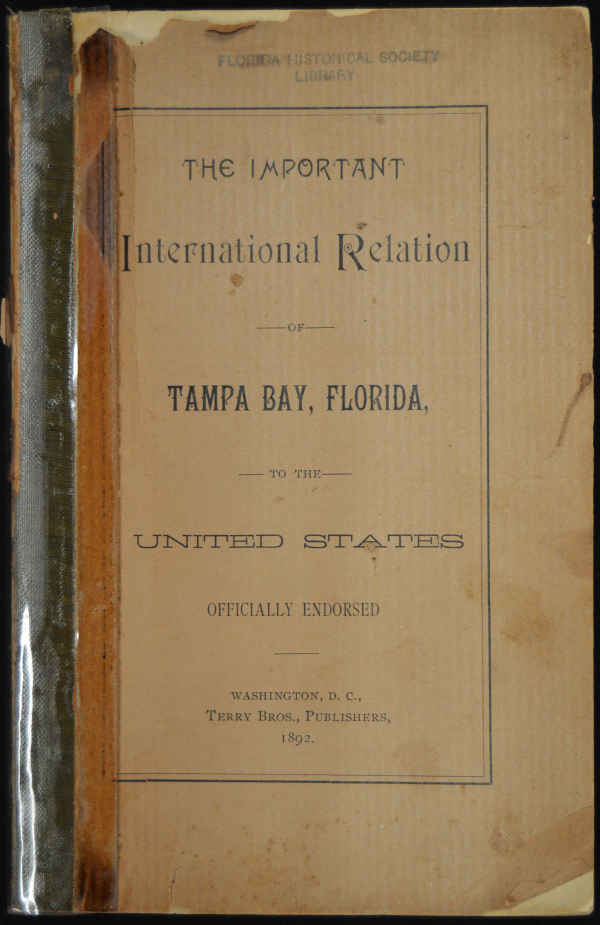 One of them, S. A Jones, perhaps the Silas A. Jones, a real estate dealer found in the 1885 Florida Census in Hillsborough County, worked for the Tampa Board of Trade. For them he put together a booklet to justify a request to Congress for the staggering amount of one million dollars (about 25 million now) to upgrade the port’s infrastructure to play a key role in establishing a steamship mail route to the Central American city of Aspinwall. 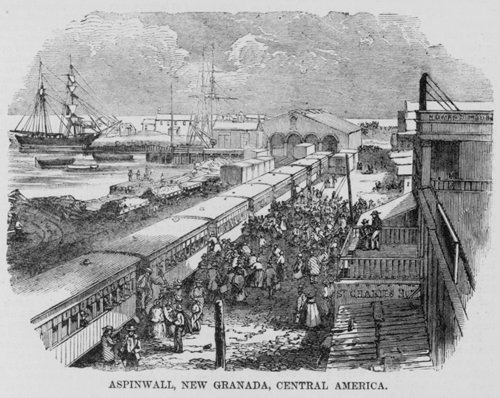 That was one end of a railroad across the isthmus that linked up with the Pacific Mail Steamship Company to speed mail, baggage and passengers economically to the West Coast. Remember, there was not a lot connecting the American West with the East Coast in those days. San Francisco in particular was a hot destination.

Would it have worked? Well, Aspinwall is now Colon, Panama, on the Atlantic end of the Panama Canal. 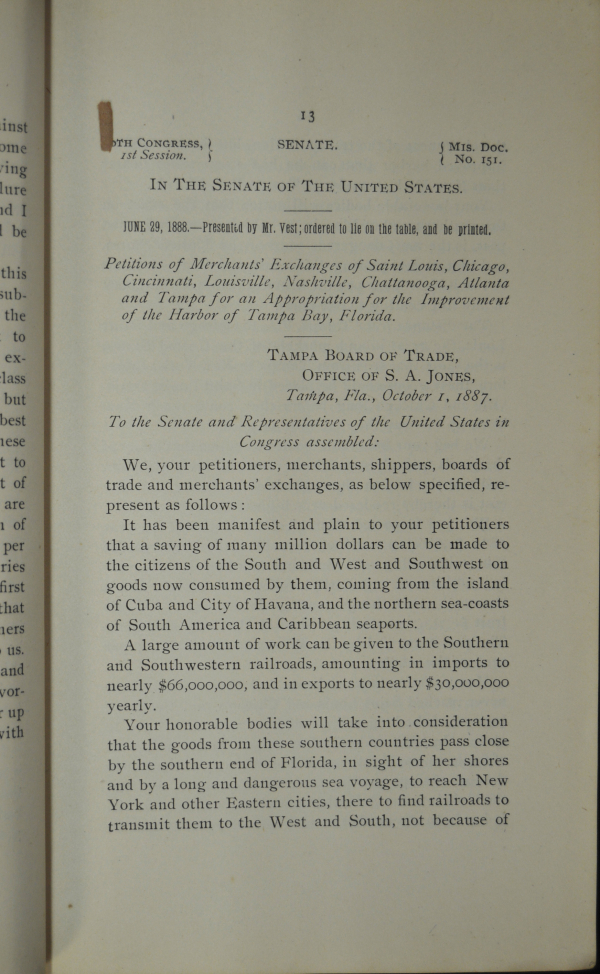 This presentation, aimed at the business- minded committees of the House and Senate made every possible argument. It emphasized it was not just a local pork- barrel plan, but had support from all over the nation. 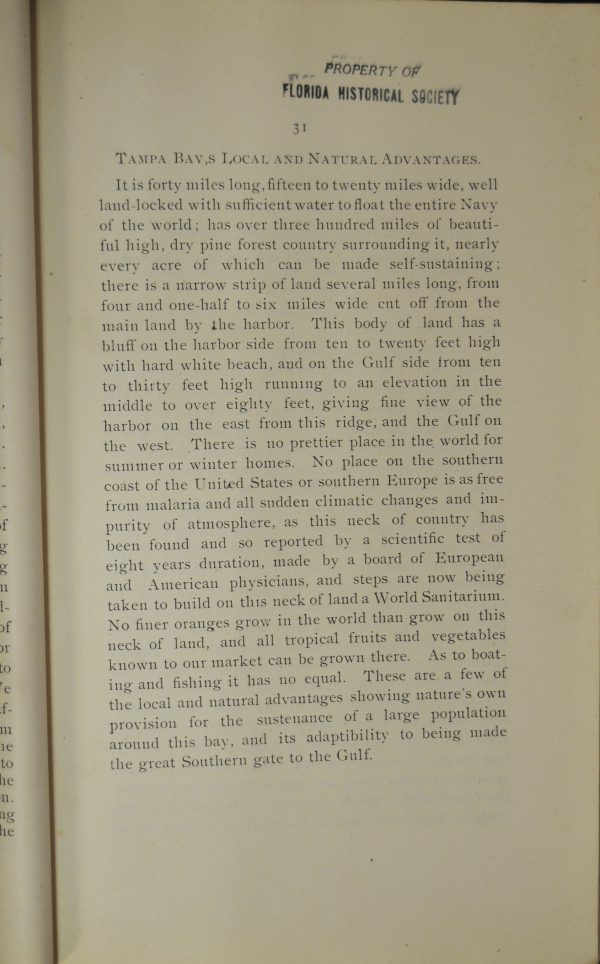 But it put forth the Port of Tampa as being ideally located to build these international links. 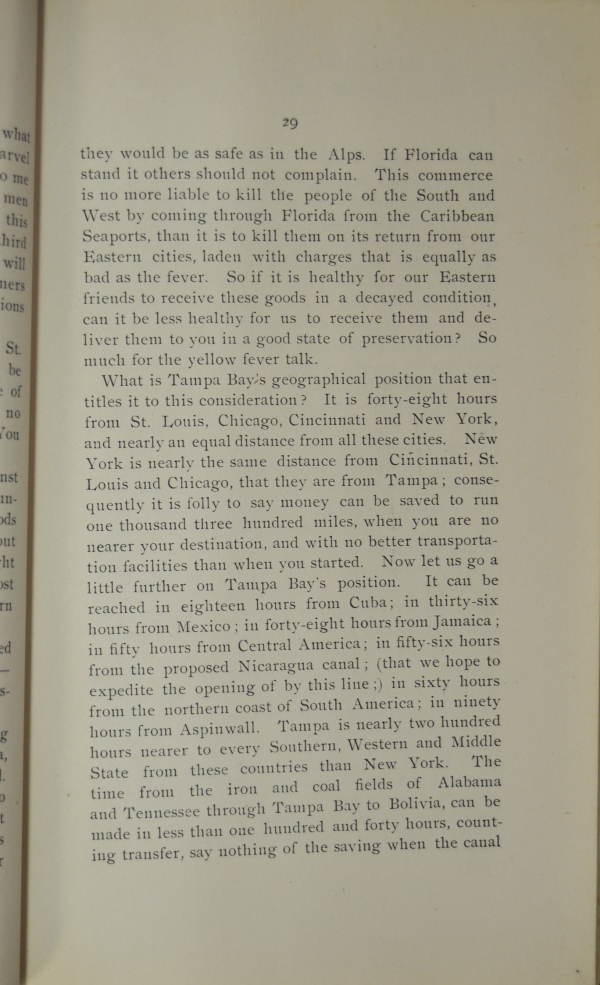 It was outspoken in dealing with potential impediments, such as Yellow Fever. All in all, it is a tour- de- force of all the pro business arguments the optimistic and eager entrepreneurs of the era could come up with to get the feds to chip in, including the notion that ‘the mail must go through’ as fast as possible.

At least not until 1905, and again in 1910 when Congress finally appropriated a few million dollars for the Canal.

But that is not to say Tampa Bay didn’t get any federal money. All it took, naturally, was a war. In 1898 Tampa Bay was suddenly very important to the military as an embarkation point for troops and ships in the Spanish American War. Suddenly the government was willing to spend money to deepen the bay, build wharves and connect the port to downtown Tampa.

By 1920 the Port of Tampa was as modern as they come, and the benefits continue to this day.