A Brief History of Brevard Museum

In the late 1960s a group of local citizens saw the need to preserve the unique history and pre-history of Brevard County located on Florida's east coast. Forming a Friends of the Brevard Museum organization their efforts and dedication let to the establishment of our Museum, which opened to the public in 1973 in a portable classroom donated by the Brevard County School Board. A permanent facility was dedicated in 1978 with funding provided by the Grace and Albert Taylor trust.

Settling in our area in 1895, Grace and Albert contributed greatly to the development of Brevard County. Grace in particular was interested in preserving the history and natural beauty of the area. When she passed away in 1945 she left a bequest specifically for the development of a museum to to preserve these early lifeways. Today, in addition to many milestones and moments in Brevard County history, the Museum is home to an extensive collection of her antiques and historic artifacts.

Interest in the Museum continued to grow and funds for further construction were secured through a partnership between the state and local community, allowing a second wing with a connecting lobby to be built in 1992. The original Taylor Wing is now home to our Ice Age exhibit featuring fully articulated skeletons of a mastodon, giant ground sloth and saber tooth cat. This wing also has a hands-on “Imagination Station” for the young and young at heart, with a simulated rocket capsule, tree house and cave.

The entire Museum complex consists of a 14,750 square foot facility with parking for 75 cars, a pavilion with four picnic tables, and a beautifule 22-acre nature preserve.

The newest chapter in the museum’s history began in September of 2014 when the Florida Historical Society became the museum’s parent organization. Many changes have occurred, and will continue to occur, under this new umbrella. If you haven’t seen the Brevard Museum in the past year, you haven’t seen the Brevard Museum. Come on out and see what’s new in Your community museum!

Home of the FHS Archaeological Institute 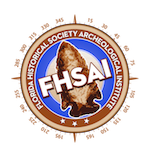